Your go-to source for performance boating.
HomeIn the NewsXCAT World Series Heats Up 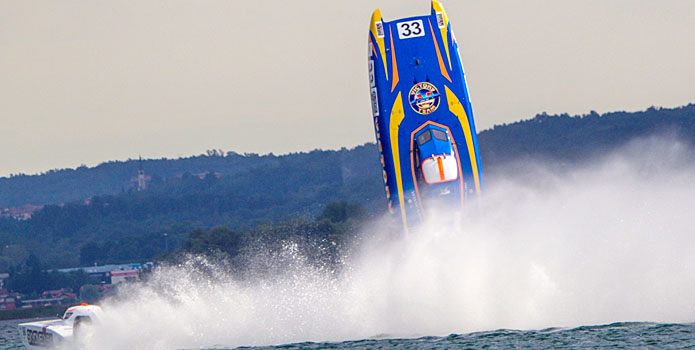 After flipping in Italy in early September, the Victory Team will be running a new boat at the XCAT World Series race in China this weekend.

While a majority of the performance boat enthusiasts will be fixated on Key West, Fla., for the remainder of this week and through the weekend as the Super Boat International World Championships and Florida Powerboat Club’s Key West Poker Run converge, I’d like to steer a little attention toward some exciting racing that is about to take place in the Far East.

With 13 teams expected to participate in the sixth leg of the Union Internationale Motonautique (UIM) XCAT World Series in China this weekend (Nov. 8-10), there’s plenty of news coming out of the competitive international circuit featuring outboard-powered cats. Taking place on Meishan Bay in Ningbo, the event marks the first time the series has raced in Chinese waters. The Chinese Grand Prix follows a pair of September races in Italy, which marked the first ventures outside of the United Arab Emirates for the up-and-coming series.