The last hurricane to lash Florida in November was Kate—a Category 3 storm—in 1985, according to National Weather Service archives. So it’s safe to say that Larry Bleil and company at Race World Offshore, which is producing the American Power Boat Association/Union Internationale Motonautique Offshore World Championships in Key West, Fla., this week are in new territory with the first of three races scheduled for Wednesday and 20- to 25-knot winds whipping six- to eight-foot seas predicted for tomorrow—all thanks to subtropical storm Nicole as it heads toward South Florida.

Like all Super Stock-class teams, Performance Boat Center is hoping to get off to a good start tomorrow in Key West—if the first race of the world championships happens. Photo from the Race World Offshore Clearwater Nationals by Pete Boden copyright Shoot 2 Thrill Pix.

Race World Offshore, which is based in Key West, is scheduled to make an announcement this afternoon regarding tomorrow’s contest. The organization’s leadership has taken a proactive role toward the situation.

“Race World Offshore met with the City of Key West, Monroe County, the National Weather Service and many others on a zoom call yesterday to discuss Monroe County and flooding and also the boat races,” said Bleil, the president of the APBA-member organization. “The decision was made to have another meeting at 1 p.m. to check to look at the status of the current storm situation.

“The rulebook does not allow for racing in sustained winds of 25 mph and the cranes can’t operate in them as well,” he added. “So we will have a decision this afternoon.”

Like all competitors in Key West, Super Cat-class M CON team owner Tyler Miler said he is hoping for the best within the parameters of safety.

“The winds are looking to be 20-plus-mph tomorrow out of the north, which will definitely spool it up,” Miller said. “At the end of the day as long as the helicopters can fly and the amazing Race World Offshore safety team has our backs we are ready to take it on—all while trying to remind ourselves the world championships are not won on Wednesday.” 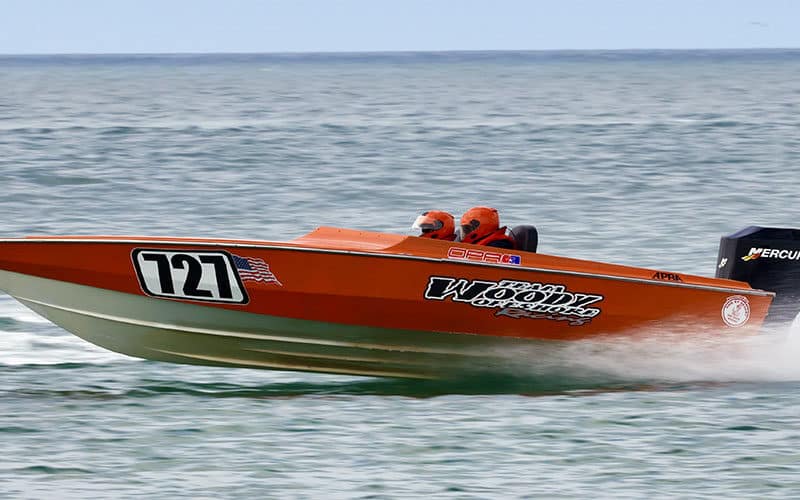