Although Mark Morris and the team at Visual Imagination in Peculiar, Mo., didn’t have to expel a whole lot of creative energy into one of their latest masterpieces as they’ve already painted the same theme on a 52-foot MTI catamaran, a 44-foot DCB catamaran and a PlayCraft pontoon boat for the same customers, that doesn’t mean they didn’t have fun applying the graphics all over Craig and Kim Hargreaves’ latest boat—an MTI-V 42 luxury performance center console powered by quad Mercury Racing 450R engines.

“I think the new MTI turned out great—we’re happy with every part of it,” Morris said. “Craig and Kim are incredible customers. We’re fortunate that they continue to ask us to paint their boats.”

In sticking with the Spooled Up designation, the 42-footer is dubbed Spooled Up Support and is loaded with the top-of-the-line controls, navigation equipment and electronics. The Hargreaves, who live in Washington, couldn’t be more pleased with the addition to already an impressive Team Spooled Up fleet.

“We couldn’t be more pleased with our new MTI-V 42,” Craig Hargreaves said. “We enjoy working with MTI, Mercury Racing and Visual Imagination.”

Not only did Morris and company paint the large exterior canvas of the boat, they worked on the interior portions, the cabin and the entire hardtop, plus the trailer and the fresh 450-hp engines, which were the final pieces of the custom puzzle since the outboard engines have been in high demand after the Fond du Lac, Wis., company released the 4.6-liter V-8 engines a few months back.

Morris said the Team CRC 7 logos and the Kenny Chesney “No Shoes Nation” skull-and-crossbones logo on top of the hardtop are the only decals on the boat—everything else is paint. He added that his crew logged roughly 1,600 hours painting the boat, engines and trailer.

“Compared to the M44 and the 52, we had about the same amount of material and labor, we just approached the boats differently,” Morris said. “The pontoon, which is detailed as well, took us about 600 hours.” 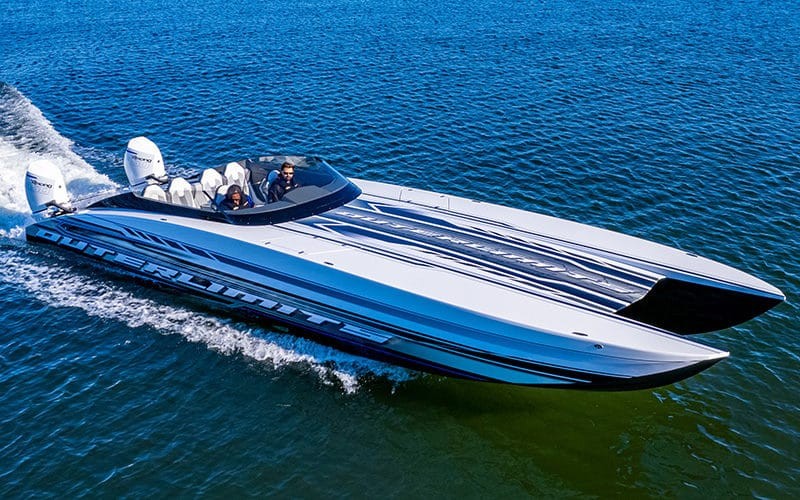 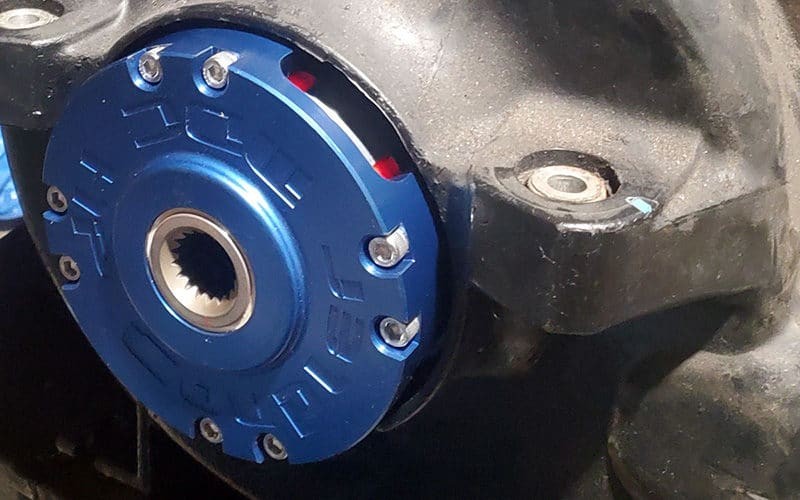 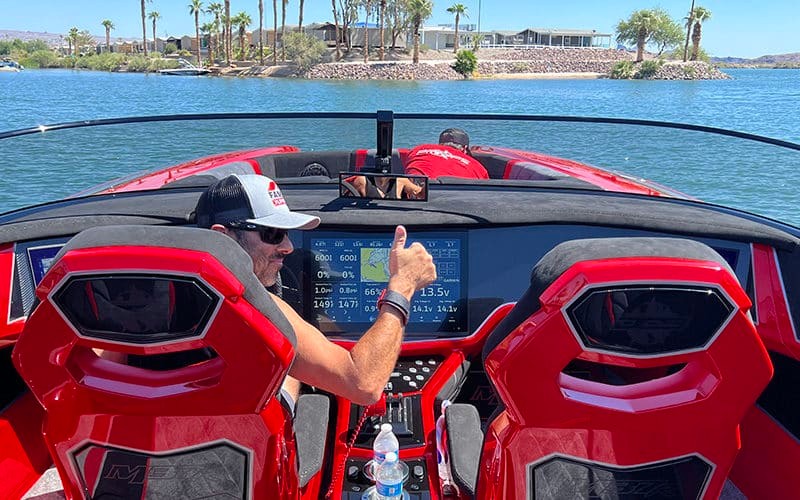