The American Ethanol/Cat Can Do Skater was part of a fatal accident in St. Clair, Mich., today. Photo by Pete Boden/Shoot 2 Thrill Pix 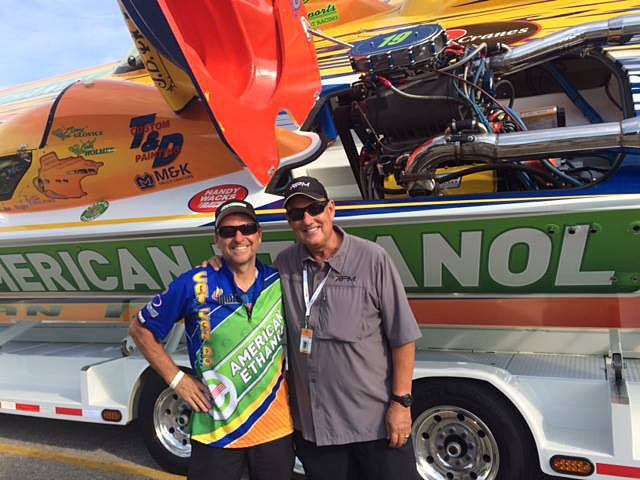 Keith Holmes and Jim Black at the 2017 Lake Race. Photo courtesy Jim Black (click to enlarge).Details surrounding the incident are scarce at this time, but according to initial reports the crash happened in the north turn of the course on the Canadian side of the river. Driver Jamie Sartin, who reportedly joined Holmes in the cockpit for today’s OPA Extreme-class race that was cancelled shortly after the incident, is reportedly in critical condition.

A call to an OPA official had not been returned when this story went live.

“We are crushed,” Granet wrote in a text message.

In addition to owning the American Ethanol/Cat Can Do offshore racing team, Holmes owned and operated CK Motorsports, a high-performance marine rigging, service and repair business in Nunica, Mich.

Prayers and condolences have been flooding in all evening via social media.

“We spent many hours, days and years talking racing and watching each one of us grow in this sport,” offshore racer Micheal Stancombe wrote on Facebook. “You were always wonderful to dad and I. This one is going to sting.”