Your go-to source for performance boating.
HomeIn the NewsVelocity Under New Ownership 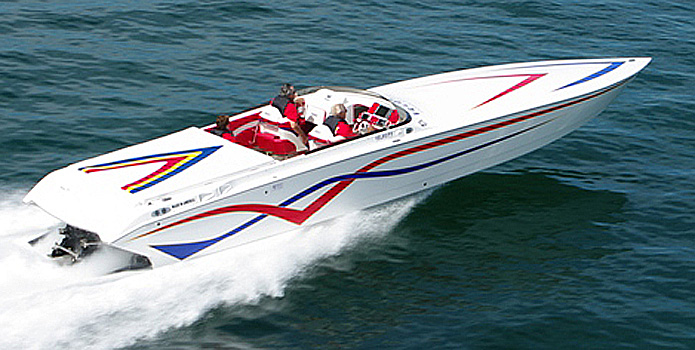 About 15 years ago, the late Tom Newby and I photographed and authored, respectively, a profile on Velocity Powerboats founder and president Steve Stepp. We spent more time on the golf course than we did at the factory and wound up with a memorable feature. So it’s kind of ironic that the deal for Stepp to sell Velocity was set up on a golf course.

A friend of his wife, Kim Stepp, who is also an excellent golfer, and Steve were talking and Steve explained that he was looking to sell Velocity. She said she had some friends who might be interested. The two sides started talking and after some lengthy negotiations, Brad Resch and Scott Tubbs, a pair of entrepreneurs from Tampa, had purchased Velocity officially on July 31.