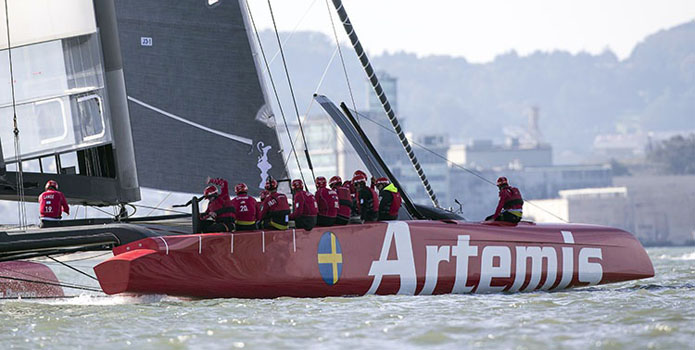 My knowledge about the America’s Cup and sailing in general is lacking to say the least, but during a trip to San Francisco at the end of March, I got the chance to admire the setup that was taking place along the Embarcadero in preparation for this summer’s America’s Cup. In fact, I’ve even been considering traveling to the City by the Bay to catch some of the racing action and the fanfare surrounding the long-running event that first took place in 1851 and is scheduled to begin on July 4, culminating in a best-of-nine match race America’s Cup final in mid-September.

Unfortunately the latest news surrounding the upcoming America’s Cup isn’t about all the hard work going into the event by organizers, teams, city officials and many others. The spotlight—and I mean a massive beam like the one shooting from the top of the Luxor hotel in Las Vegas—has been focused on the death of British double Olympic medalist Andrew Simpson, a member of the 13-man crew aboard the Swedish Artemis Racing AC72 catamaran that crashed while training on May 9.