Among the many stunners at the recent Miami International Boat Show that didn’t capture a lot of media attention was a flat-black 39-foot center console from Midnight Express with three colored-matched 557-hp V-8 outboard engines from Seven Marine. The 39-footer reportedly is the first high-performance center console to be equipped with triple Seven Marine outboards.

According to Eric Glaser, the owner of the Hollywood, Fla., custom center-console company, the 39-footer could be among the fastest center consoles on the market with that power setup. 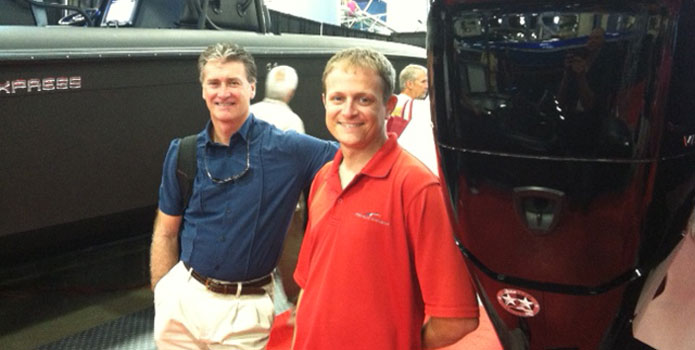 “We think it will run between 85 and 90 mph,” said Glaser during the show.

Glaser estimated that with the same power the company’s 37-footer could top 100 mph.

Both the Midnight Express 39- and 37-foot models, as well as its upcoming 43-footer, were designed by John Cosker of Mystic Powerboats.