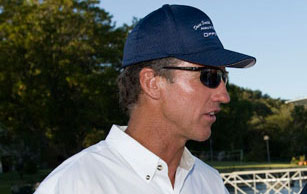 Multi-time offshore racing world champion John Tomlinson, the owner of TNT Custom Marine in Miami, is out as Team Abu Dhabi’s throttleman for its Union Internationale Motonautique Class 1 catamaran. He has been replaced by the throttleman for the country’s X-cat class race boat.

According to Tomlinson, who ran a combined eight races—four events—for Abu Dhabi in 2010 and 2011, he was let go by the team two months ago.

“Not a lot of people know about it because I haven’t told a lot of people about it, but they put their own guy in the boat,” said Tomlinson. “That’s what usually happens over there eventually, so I was short-lived anyway.

“It was a good ride, but it wasn’t exactly what I needed—it wasn’t the right program for me,” he added. “I told them, ‘Call me if you need me.’ I’m good with it.”

Tomlinson’s departure from Class 1 racing doesn’t mean he’s done racing for the reason. In fact, he will throttle a 48-foot Marine Technologly, Inc., catamaran, which is currently in construction, with twin Mercury Racing 1350 engines at the Super Boat International New York and Key West events later this year. Tor Staubo of Norway, the owner of the boat, will drive.