Your go-to source for performance boating.
HomeIn the NewsThey Said It: The Best Quotes of 2013

Interviewing major players from the high-performance powerboat world is a big part of what we do at speedonthewater.com and Speed On The Water digital magazine. In fact, sometimes it seems that we spend more interviewing than we do writing, and that’s saying something given that we wrote and published more than 600 articles this year. Almost every article required at least one interview, so that means we talked (and talked) to a lot of people.

This is why “unlimited usage” plans are the only way to go with our mobile phones and land lines. (Yes, we still have land lines.)

Not all interviews are “great”—more often that not, the quality of an interview is determined by the subject’s willingness to talk and comfort with being asked questions he or she knows will end up on the record. But now and then, someone says something insightful or touching or revealing or memorable or funny—or just plain fun.

To that end, we offer the following 10 quotations, all from people you’ll recognize, with links to the stories in which they first appeared. We hope you find them as memorable as we did. 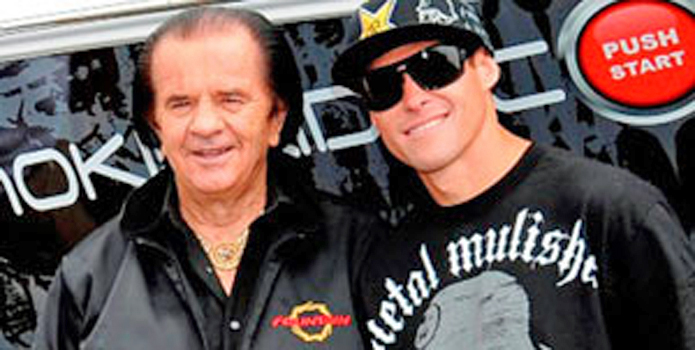 “Some people say I was crazy to spend the money I spent on racing. We all have different things we care about. How much money I made and put aside in the boat business never mattered to me. It was always about having the best boats. We spent $150 million on research and design and racing boats to improve the development program. I am proud to say I enjoyed every bit of it.”—Reggie Fountain, from Catching Up With Reggie Fountain, June 3.

“You know, it’s a tricky thing to get on it just right and to then keep the thing lined up. We had one turbine pulling stronger than the other so we were counter-steering a little bit. That’s why we went back out—we thought we might be able to top (224 mph). If everything is just right, the boat is probably capable of running 240 mph.”—Bill Tomlinson, from Tomlinson’s My Way Shatters Shootout Record with 224-MPH Run, August 25.

“Jumping the gun today is one of the things I’ve been talking about when I said I’m at 99.5 percent of what I need to be. I used to be at 100 percent. I made some errors this year that I didn’t make when I was 100 percent—and once you know you’re not as good, it’s time to pack it in and give someone else a chance.”—Steve David, from No Fairy Tale Ending for Steve David, September 18.

“The first year Ryan (Beckley) did the run to honor our dad was ridiculously hard for the family. This year was hard, too, because this is something our dad loved so much. Unfortunately we have to get together for this reason, but it’s a great way to remember him.” —Blake Gratton, from Joey Gratton Lives On In Sarasota Fun Run, January 9.

“On a team, it doesn’t matter how good you are at your job if you don’t care about your co-workers—that’s huge for any team. I haven’t seen my wife, Louise, for dinner in almost two months, but I have dinner with these guys every night.”—Gary Stray, from Stray On Course, June 20.

“As race venues go, I don’t think it gets any better than this. You can see the whole track from the beach. The Coast Guard estimated that last year there were 5,500 boats in the spectator fleet. They were 10 deep. And there was an estimated 40,000 to 50,000 more people watching from the hotels and the beach. Can you imagine what a weeklong event would be like here?”—Brian Aungst, from Clearwater Wants The Worlds, September 30.

“We are all in this together. We need to police ourselves. If you guys can’t help me do it, I’m out. We won’t have a club. I have to protect my business and what we have created as a club.”—Stu Jones, from Florida Powerboat Club Launches Safety Initiative, February 18.

“I thought we blew a head gasket and it turns out it was just a bad radiator cap that pushed out the O-ring and was leaking antifreeze everywhere. Done in by another $20 part—I guess it just wasn’t mean to be this year.”—Randy Scism, from Highs and Lows of 2013, December 17.

“It’s not about an ‘electric boat,’ it’s about what two companies—a big one and a small one—can do together. It’s about opening up other avenues of technology. Cigarette is going to be on the cutting edge of that technology.”—Skip Braver, from Cigarette AMG Electric Drive Top Gun on Display at Mercedes Museum, August 20.