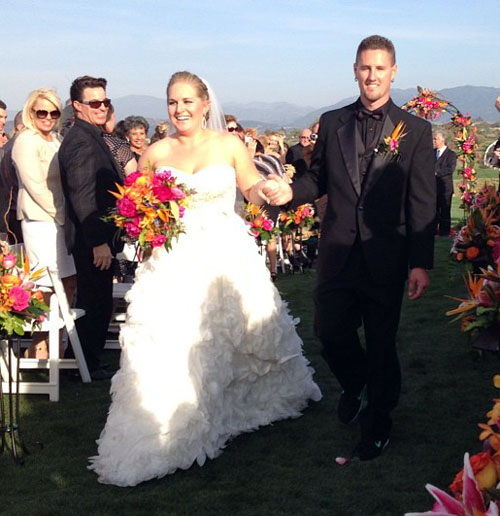 Cherilyn Teague and Josh Noack tied the knot last weekend. Many people in the boat business attended the beautiful event, including Dave and Lynn Hemmingson (left) of Dave’s Custom Boats.

Last Saturday, my wife and I had the privilege of attending the wedding of two friends in the industry—Cherilyn Teague and Josh Noack, both of whom work at Teague Custom Marine in Valencia, Calif. I know that isn’t too newsworthy for anyone in the general public, but the wedding, which was attended by many people in the industry including Dustin Whipple, Dave Hemmingson, Jim Nichols and many more, got me thinking about the personal side of this business. More importantly, it reiterated what a small, close-knit community this performance boating industry really is.

I’ve had the pleasure of knowing Mrs. Cherilyn Noack—that’s going to take some getting used to—for the closer part of a decade. And while I haven’t watched her grow up like my partner Matt Trulio has, I’ve become close with her, her parents, Bob and Andrea Teague, and her brother, John. So it has been pretty cool to see Cherilyn, who is as sweet as they come, find her true love in Josh, one of the talented riggers at Teague Custom Marine. I’ve gotten to know Josh well over the years, too, and I can honestly say the two of them are a perfect fit.

It was awesome to see their families—the Teagues from SoCal, the Noacks from NorCal—come together for the ceremonious evening. Yet I can’t imagine what it was like for them to share the special event with co-workers at Teague Custom Marine—John Teague and Eric McCarthy were groomsmen—and many people they’ve met through boating over the years. From performance boaters in Discovery Bay, Calif., to fellow go-fast enthusiasts from Lake of the Ozarks in Missouri, the room was filled with just as many friends from the boat business as there were from their personal life. That says a lot about the way this lifestyle brings people together. 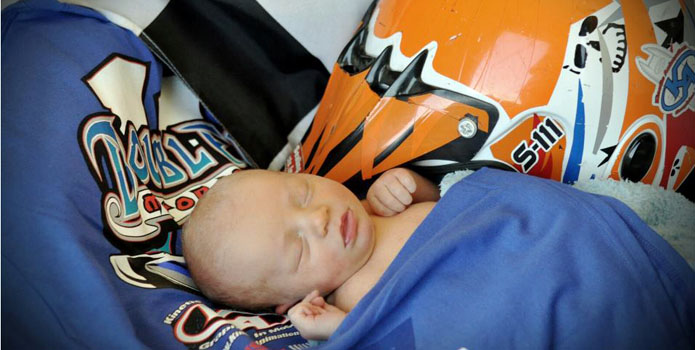 Connor Ryan Beckley was born on March 25 and is already gearing up to race with his proud papa, Ryan Beckley.In another example of boating relationships that reach beyond being on the water, I witnessed an outpouring of congratulatory remarks for offshore racer Ryan Beckley after his wife, Debbie, gave birth to their beautiful baby boy, Connor Ryan Beckley, who arrived just in time for Easter.

I’m sure the Beckleys have tons of familiy members and friends who were excited about the news, but when a bunch of boaters from across the country post comments on a forum wishing the family congratulations and the best of luck, that is something you don’t see everyday.

These are just two stories from the past week—I’m sure there are many more like them that happen monthly, weekly and even daily. But that’s the thing about boating—it’s an instant bond that comes from sharing a passion for being on the water. In our case, it happens to be a passion for going fast on the water.

So here’s to a long life of happiness for the Noacks, a healthy and happy bundle of joy for the Beckleys and a Good Friday to the rest of you.

Putting Our Money Where Our Mouths Are