Introduced in 2010, Sunsation’s 36-footer continues to drive sales for the Algonac, Mich., company. During the recent Miami International Boat Show in February, the new model led the way with sales.

“We’re going to bring a new 36 with twin (Mercury Racing) 700s to Desert Storm in April,” said Wayne Schaldenbrand, the company’s president. “We’re going to use it for the Make-A-Wish event, display it at the street fair, take it on the poker run and use it in the kilo runs. It’s going to do everything.”

According to Sunsation vice president Joe Schaldenbrand, the company ended up with four solid sales out of the Miami event. Although they left the show with what they believed were eight sales, he said they were not disappointed with their results.

“I think you sell yourself short if you look at the Miami show for just the four weeks after it’s over,” he said. “Someone you spoke to there can call you six months later and order a boat.”

Wayne agreed. “The show was good,” he said. “We thought we were a lot ‘happier’ when we left, but we are still happy with what we got out of it and what we think we’ll still get out of it.”

The Schaldebrands said they expect to build 20 boats this year, and that the largest impediment to sales remains consumer financing. To that end, their mainstream customer base has shifted somewhat.

“We’re getting buyers with deep enough pockets who don’t need loans, so we’re getting some exotic stuff like a 32 with twin 700s and a 36 with an open bow that we’ve never seen come through here before,” said Joe Schaldenbrand. “We also just finished a 43 with 700s and a bilge to clean you could eat off it—it took three weeks to finish it.

“As soon as the ice melts from the river, we’ll be able to get some of them on the water to test,” he added, then laughed.

At present, Sunsation does not have a dealer on the West Coast. That could change if Exotic Motorsports and Marine, an outfit based in the Seattle area, comes on board.

“They’re very close,” said Joe Schaldenbrand. “That would give us our first presence out West, which is something we’d like.” 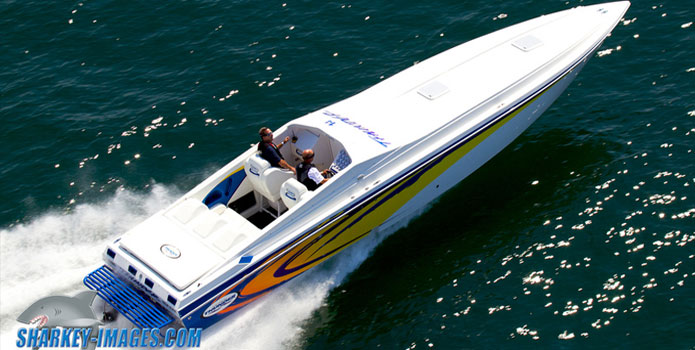 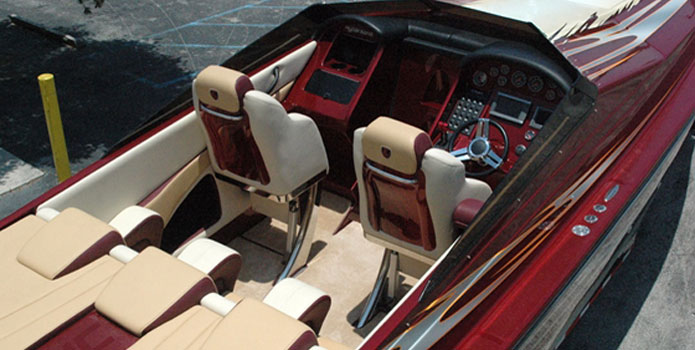 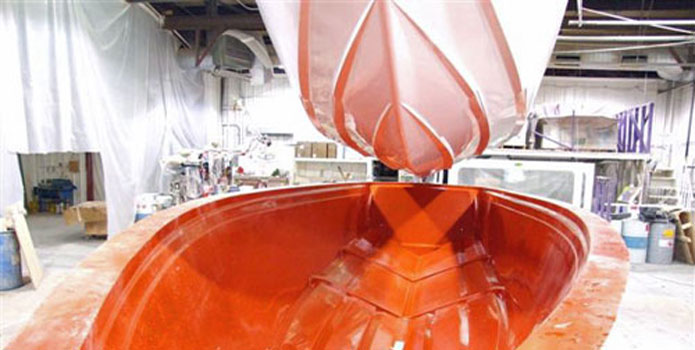