For a brief moment earlier this week, it appeared that a mechanical issue with a helicopter might force speedonthewater.com chief photographer Pete Boden to scrub his annual New Year’s Eve photo shoot in advance of tomorrow’s Joey Gratton Memorial New Year’s Day Fun Run in Sarasota, Fla. But with the issue resolved, the tenacious shooter took to the air today and captured some gems.

For those who were up for it, there was plenty of air-time to be had today during Pete Boden’s annual New Year’s Eve photo shoot. Photos by Pete Boden copyright Shoot 2 Thrill Pix.

“About 40 boats started out, but it was rough water,” said Boden. “I had an Apache, some Cigarette V-bottoms and a bunch of Skater catamarans to shoot.

“Bill Pyburn ran his 42-foot MTI center console,” he added, then laughed. “And he was up front most of the way.”

It’s been a busy week—with more to come—for the Sarasota-based photographer. Yesterday, he shot the fourth annual Munyan Run from Sarasota to Tampa for lunch at the Hula Bay Club from a bridge perch. Tomorrow, he’ll take to the air again to chronicle the Gratton event, which looks likely to break the 100-boat mark as it did in 2020.

Earlier this week, the weather forecast for tomorrow’s fun looked bleak. But the current prediction shows blue skies and a high of 80 degrees for the area. 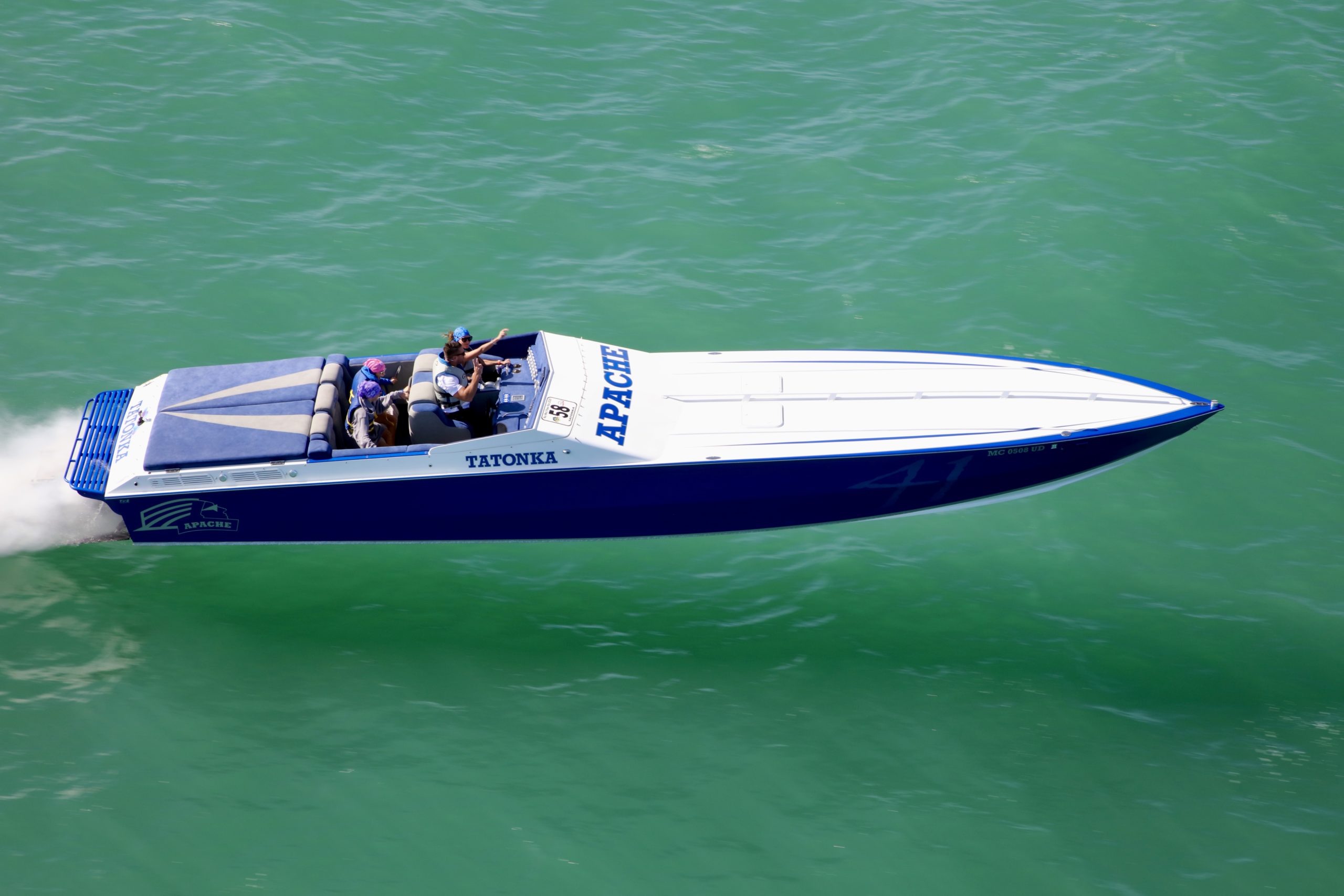 Check out the slideshow above to enjoy more images from today’s photo shoot in Southwest Florida.

Said organizer Ryan Beckley, “Every day the weather report got a little better and the temperatures kept going up. Now we just need the winds to go down a little.”