Your go-to source for performance boating.
HomeCommentarySo You Want To Be A Go-Fast Boat Photographer 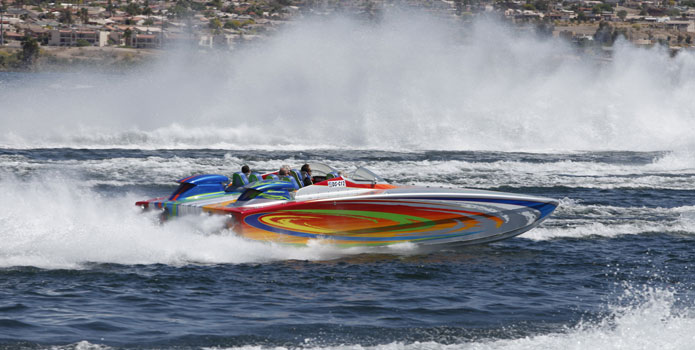 Even back in the day—specifically the mid-1990s through early 2000s—when magazines such as Powerboat paid photographers $500 and more a day, making a decent living shooting only go-fast boats was next to impossible. Even the late Tom Newby, who was on retainer with Powerboat and guaranteed him a certain number of shoot days each year in return for a discounted day rate, had to pick up other photography work—runabout catalogs, aircraft engine brochures and more in Newby’s case—to make ends meet.

That economic picture for established and aspiring go-fast powerboat photographers hasn’t exactly improved since the industry spiraled in 2008. The few print publications that survived—and as we all know Powerboat wasn’t one of them—tightened their belts as did go-fast boat builders and other high-performance marine products companies, especially when it came to photo shoots for marketing materials such as pretty catalogues and brochures.

When it came to go-fast boat photography in print media, the words “taken in house” became the norm. And thanks to advancements in digital cameras, taking a decent picture—and when you don’t have the money to spend, “decent” will suffice—got a whole lot easier.

Read More: So You Want To Be A Go-Fast Boat Photographer