The Powerboaters Snowmobile Rally hosted by Michael “Doc” Janssen and company at the Saratoga Hot Springs Resort in Saratoga, Wyo., in late January, is unlike any other event we cover for speedonthewater.com, and not just because it happens on snow or takes place in a state in which we’ve never covered a performance boating event.

The 2023 Powerboaters Snowmobile Rally hosted by Saratoga Hot Springs Resort in Wyoming is expected to be another fun, sold-out event filled with members of the offshore racing community. Photo courtesy Michael Janssen

It’s because of the incredible quaintness and closeness that the multi-day event, which starts with Janssen and his incredibly charming team and is capped off by the picturesque, old-fashioned town of Saratoga in southeast Wyoming. Not only is the food and drink selection impressive—the property’s state-of-the-art Snowy Mountain Brewery is the third oldest brewery in the state—the fact that you can saddle up at the bar, hit the natural hot springs or the pool, or head out in the wide-open white wilderness of the Medicine Bow Mountains with some of the most accomplished offshore racers on the planet is an added bonus.

Yep, it’s that time of year again when veteran powerboat racers, such as Janssen, Billy Mauff, Randy Sweers and others, shed their uniforms, lifevests and tennis shoes for snowsuits, helmets and boots, and hit the frozen water to satisfy their need for speed.

“I never want to miss the (rally), it’s an amazing event,” said Randy Sweers, the driving force behind FB Marine Group who races the PlayTradez Doug Wright catamaran in the competitive Super Stock class. “I have introduced a lot of guys to the sport and the event, and everybody absolutely loves it. I’ve been bringing my son, Chase, for the last few years and he’s becoming a better mountain rider every year.

“Doc puts on a first-class event with amazing food and accommodations,” he added. “The staff at Saratoga Hot Springs Resort is always super accommodating and Doc has the best guide in the business there to take care of everyone. You can’t miss Mike Kustic in his pink onesie suit—he’s the master at getting your sled out when you’ve buried it in a 6-foot tree hole, so you want to make friends with him! Every year I attend, I get to see some of the guys that I race with and against and also meet some new people. It’s definitely a “don’t want to miss” event that should be any speedboat enthusiast’s calendar.”

The snowfall in the Snowy Range is already getting good, according to Powerboaters Snowmobile Rally organizer Mike Kustic, who took this picture last week.

Sweers’ competitor who took home the Super Stock title earlier this month at the Race World Offshore-produced Offshore World Championships in Key West, Fla., Iowa’s Billy Allen is a regular at the event and has encouraged many fellow racers to join him and his good friend, Janssen, who founded the Center for Spine & Orthopedics in Thornton, Colo., at the annual Powerboaters Snowmobile Rally.

“Doc and the entire team at Saratoga do a wonderful job,” said Allen, who owns and throttles the Team Allen Lawn Care and Landscaping 32-foot Doug Wright cat. “It’s a great event with great accommodations at a great resort.”

As you might imagine, offshore racers (from left) Reese Langheim, Billy Allen, Tyler Miller, Billy Mauff and Doc Janssen are not an easy group to keep up with on the snow. Photo courtesy Michael Janssen

According to Janssen, there are a few spots remaining for the 2023 rally, which takes place Jan. 26-29 and includes an Egyptian-themed costume party on Friday night. And no need to worry if you aren’t an experienced snowmobile rider.

Now will you be able to keep up with Janssen, Mauff and Allen? Probably not, but Janssen has several experienced guides who are great at leading the way no matter what the pace.

One of those guides, Kustic, who Sweers alluded to above, is the primary organizer of the Powerboaters Snowmobile Rally and has most recently been overseeing the new Wyoming Outdoor Adventures‘ center called Base Camp, which is a fully functional adventure gear shop across the road from the resort that took 18 months to build.

As of late last week, Kustic said the snow “is getting really good here early,” adding that “Wyoming is cloud seeding this winter and it’s starting to show!”

Check out the slideshow above for several images of the new Base Camp.

In addition to the new Base Camp, which Kustic said is going to help in terms of managing, organizing and outfitting individuals and groups for winter and summer outdoor activities, the veteran guide is super excited about the Skydios autonomous drones that are going to be available to guests this season.

“The Skydios drones are going to be so cool,” Kustic said. “Now we can get some really great footage of anyone by simply handing them the beacon. It’s such a neat concept and I’m stoked we have it available to our guests.”

Kustic said to contact the resort to register for the event and book rooms and rental equipment, if needed, but calling 307-326-5261 or emailing [email protected].

The natural hot springs at the resort are a great way to wrap up a day of snowmobiling. Photo courtesy Michael Janssen 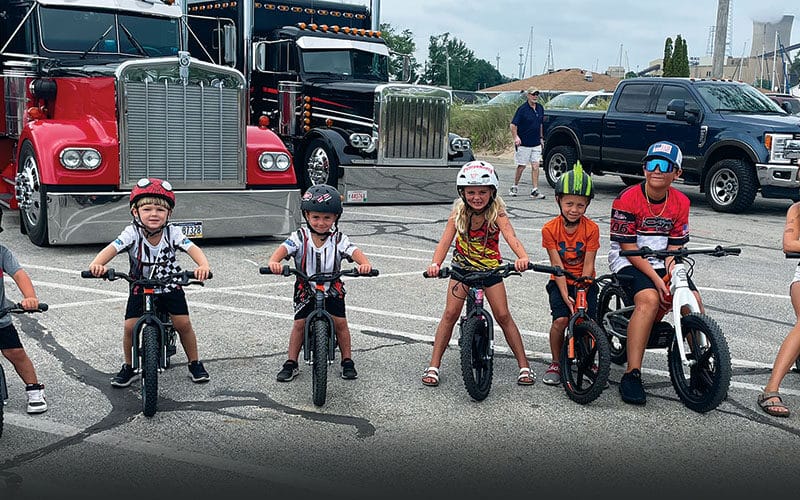 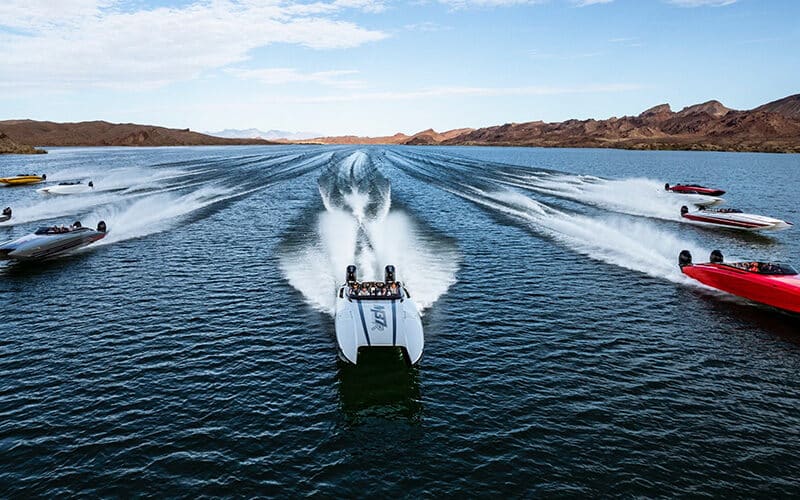 Speed On The Water Stories Of The Year 2022: Part IV of IV