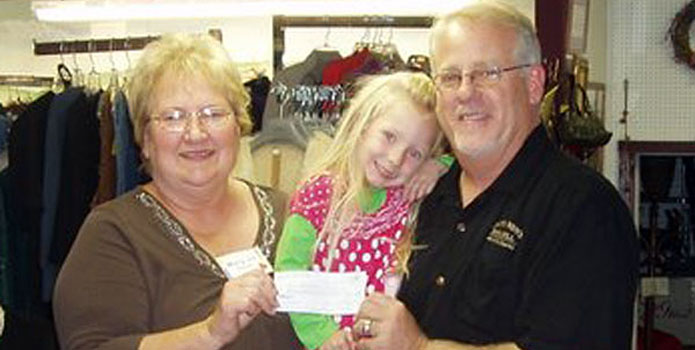 Ron Duggan, right, announced the Lake of the Ozarks Shootout raised $115,000 for the Missouri lake community this year.

With 22 different organizations benefitting from the Lake of the Ozarks Shootout in Missouri, Ron Duggan, the owner of Captain Ron’s, is pleased to announce that the 25th annual event set a record for money donated with $115,000.

More than $430,000 has been handed out to local charities and fire departments in the six years since the event has been at Captain Ron’s. Duggan, who was thrilled in the donation increase, gave much of the credit to the 575 volunteers who logged nearly 7,000 hours making sure the weeklong event went smoothly.

“It is such a great feeling to be able to reach this level of donations,” Duggan said. “Being able to put $115,000 back into this community is what makes the Shootout unlike any other event. On behalf of all the sponsors and volunteers, thanks for coming and continuing to support the Lake of the Ozarks Shootout.”