Your go-to source for performance boating.
HomeSpeed On The WaterImage of the WeekSequence Of The Week, II: PlayTradez Glass With Jackhammer

For the Super Stock-class PlayTradez team of Randy Sweers and Bryan Marquardt, Key West, Fla., has been a less-than-kind offshore racing venue. Fridays, as it happens, have been particularly rough on the team and its 32-foot Doug Wright raceboat.

For the second year in a row, the PlayTradez raceboat took a beating in Key West. Photos by Pete Boden copyright Shoot 2 Thrill Pix.

At the start of last year’s Friday contest—the second race of the 2021 Race World Offshore World Championships—PlayTradez, a then-brand-new 32-foot Doug Wright catamaran, got caught in a multi-boat wreck in turn No. 1. The boat emerged from the fray in less-than-new condition.

This time around in the Friday contest—the first race of the 2022 event—Sweers and Marquardt lasted into the later laps. But where Sweers was justifiably furious over last year’s mishap over which he had no control, this time around he rightfully owned it.

Said Sweers of the Jackhammer team, “They had no time to react.”

“We were having a great race,” he recalled. “We had a terrible start but battled our way up and had some great racing with Jackhammer battling back and forth. I was waiting to push hard on the last two laps. Three quarters of the way to turn No. 1, we took a flyer, landed and tripped the starboard sponson. The boat hooked left, hard.

“Bryan did a great job recovering from the hook, but when we recovered Jackhammer was right there and ‘hammered’ our port side,” he continued. “They had no time to react.”

“That’s racing,” he said. “We haven’t had much luck in Key West. But we will fix her and be ready for next season.” 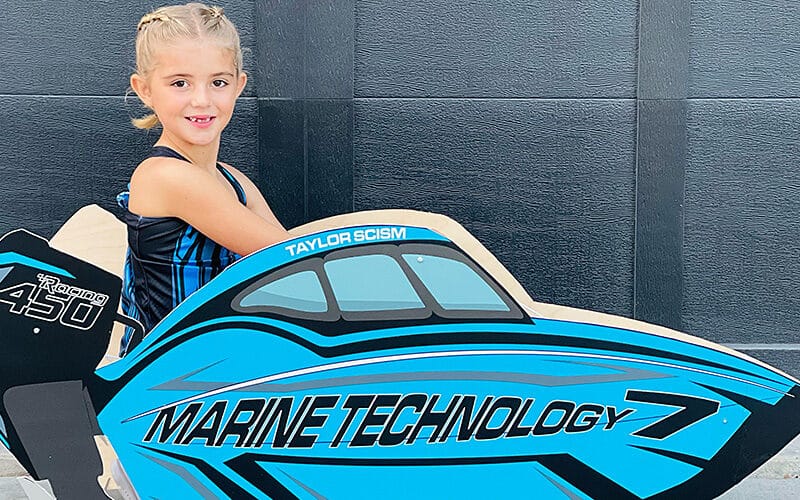