In addition to long-term offshore racing engine clients including the Instigator and Cleveland Construction teams, McComas has added several new teams including Broadco, Stihl and Qatar to his customer list this year. 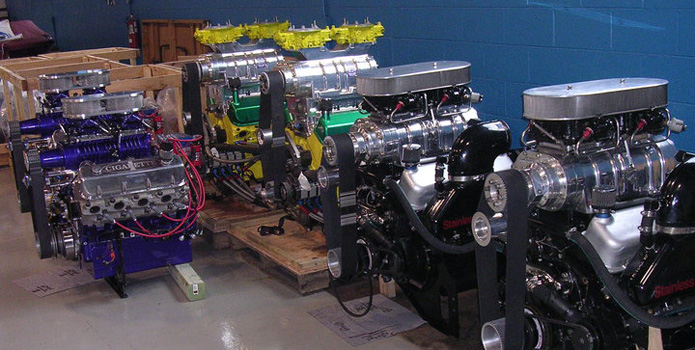 Pretty potent engines, all in a row—Scorpion builds marine mills from 525 to 1,500 hp.

“People are coming to us because of the success we’ve had with (Instigator team owner) Peter Meyer and other teams,” said McComas. “I’m really looking forward to working with the Qatar team, our newest client. It creates great respect for what we do out there in the offshore racing community. If they come to us, we must be good enough.”

McComas, who worked at Sterling Performance Engines for 15 years, started Scorpion Racing Engines in 2007. In addition to building engines for offshore race boats and high-performance pleasure boats, the company offers complete rigging, machining and in-house dynamometer testing services. Marine engine options range from 525 to 1,500 hp, with prices from $27,000 to $90,000. 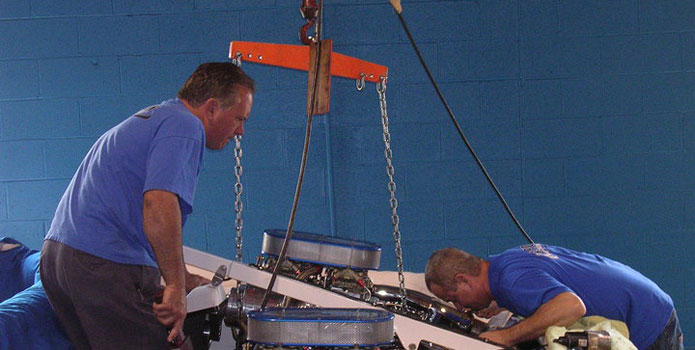 “Right now, about 60 percent of our marine engine business is divided between offshore and pleasure,” said McComas. “We also do a lot of auto-racing engine business, from Ford Circle Track cars to monster trucks.”

“We do a lot of work for Ron,” said McComas. “Right now we’re building a pair of engines for his Outerlimits and another pair for his Nor-Tech. He’s a great customer.” 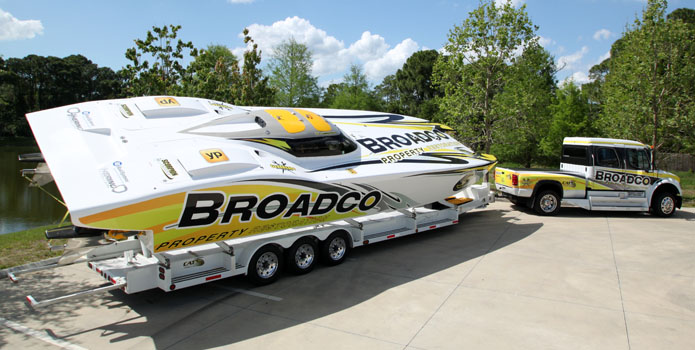 The Broadco team is among Scorpion’s new-for-2013 customers.

A Reason to Smile