Your go-to source for performance boating.
HomeMattBlogSafety Team With Clout

Powerboat Safety International’s goal “to improve safety of all aspects of powerboating” is a little vague and a lot broad, but I do like the idea of it. We in the go-fast boat world spend a lot of time patting ourselves on the back at how much better we’re doing when it comes to safety. And people still die on the water every year.

It’s not as if we’re finding new ways to kill ourselves. All the bad actors—booze, excessive speed, driver inexperience—are still front and center on the high-performance stage. To dismiss it to “Darwinsim” is to dismiss all of go-fast boating to the same sorry fate.

So I like that Powerboat Safety International is trying to do something. I like it even more because my former editor at Powerboat magazine, Eric Colby, is part of the group. Sure, Tres Martin, the principal of the respected Tres Martin Performance Boat School has—as an offshore racing world champion—forgotten more about performance-boat driving and safety than most of us will ever know. Retired Coast Guard officer Brad Schoenwald, Martin’s partner in the school, has enhanced the program’s structure and methodology, and has helped poker-run organizers such as Stu Jones of the Florida Powerboat Club elevate poker run safety. And working behind the scenes in administration, Jacky McDaniel has kept it all running—and growing—smoothly.

But Colby is the only member of this new group who is truly media savvy, and that’s a must in today’s world. He’s a respected, well-known and talented marine writer who has the ability to get out whatever message Powerboat Safety International hopes to send.

So what is that message?

“Our goal is to establish industry-wide safety standards for organized powerboating events and for specific boat models by collaborating with promoters and with boat and engine manufacturers,” says Colby.

Still vague for sure, but lofty and intriguing.

Colby also is occasionally controversial, and that’s a good thing. He has a strong voice that he’s not afraid to use. That, too, will work in Powerboat Safety International’s favor.—Matt Trulio 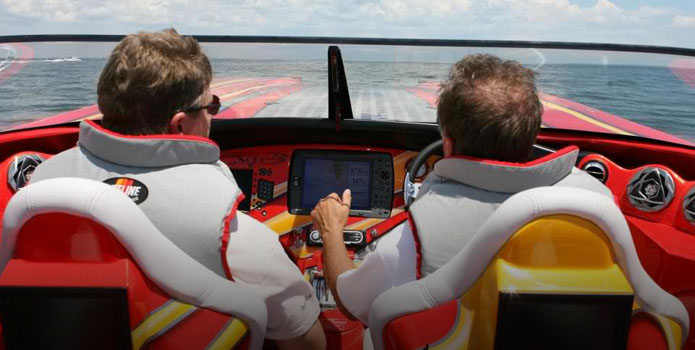