Caught up with Reggie Fountain last week for an update story on his new venture—RF Powerboats— I’m writing for Powerboat magazine. During the course of our interview, Fountain told me he plans to build a high-performance catamaran.

“What are my credentials to build a catamaran?” Fountain continued. “I know a lot of people will ask that. But what a lot of people don’t know is that most of the races I won were in a tunnel boat with the Mercury team with people like Billy Seebold.”

At press time, Fountain said he was not ready to release the name of the catamaran builder with whom he plans to collaborate.

For the complete story check out the next issue of Powerboat magazine, which goes to press tomorrow and should be in the hands of its readers in the next two to three weeks.

Cigarette 50’ Marauder: Better Than Ever 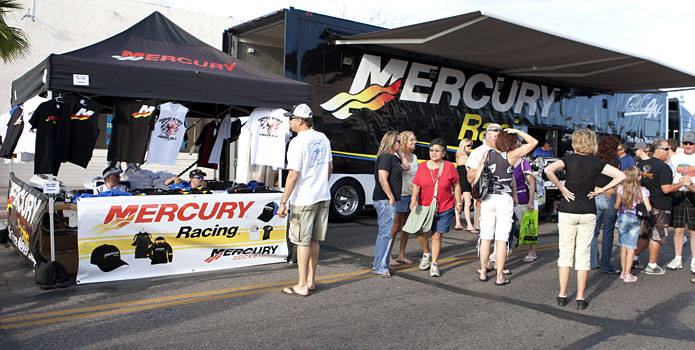