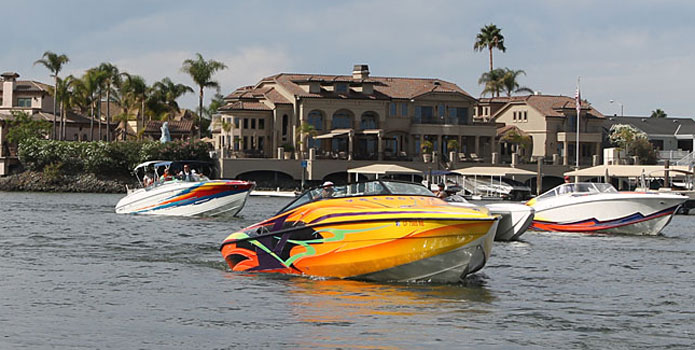 By the time you read this, Jason Johnson, my co-publisher at speedonthewater.com, and I will be on the road. Again. (That’s kind of catchy—someone should write a song about it.) Last weekend, we covered the Big Cat Poker Run in Northern California. By Thursday afternoon, we should arrive—speedonthewater.com promotional trailer in tow—at the Lake of the Ozarks Shootout in Missouri.

Relatively speaking, the Big Cat Poker Run was “local” for both of us. It’s based out of Discovery Bay, which I can drive to in about an hour on a good day. At five hours, Johnson’s drive from his home in Southern California to the Big Cat’s home base was a bit longer, but not nearly as long as the 1,600-mile drive he made from his home to Houston for the Texas Outlaw Challenge in June. Of course, our 2013 season coverage started in late April at Desert Storm in Arizona.

Contributor Tony Esposito filled in for us on the East Coast, covering both the Atlantic City, N.J., and Buffalo, N.Y., poker runs. And while we did not have a writer assigned to the Boyne Thunder Poker Run in Michigan or the Pirates of Lanier in Georgia, we stayed in close contact with organizers and key participants at both events, and reported on them.