Your go-to source for performance boating.
HomeNew ProductsReggie Fountain on RF Powerboats: “We are going to be a custom boat company.”

Reggie Fountain on RF Powerboats: “We are going to be a custom boat company.”

Reggie Fountain on RF Powerboats: “We are going to be a custom boat company.”

To follow up on the announcement from Reggie Fountain, the founder and recently resigned chief operating officer of Fountain Powerboats in Washington, N.C., that he was starting RF Powerboats, I contacted Fountain by phone on Wednesday. He agreed to speak with me with the understanding that I would hold our interview until today.

Here’s what he had to say:

So what is RF Powerboats?

RF Powerboats is Real Fast Powerboats. Right now, I can’t legally use Reggie Fountain as a name for a boat company, though it may eventually become known as that.

What are your plans?

My third boat will be a 32-foot center console. I also plan on producing two cruisers, a 40-footer and a 50-footer. We have six boats sold so far.

Will RF Powerboats be a custom boat company?

We are going to be a custom boat company. That’s how I started, so I’m going back to my roots. I think we have the nicest research, development and service facility on the shores of the Pamlico River (in Washington, N.C.). We will bring out buyers into this 4 million square-foot, seven-acre facility, which has a pier and a canal. It will also be the Fountain Hotel for the people who come to buy our boats—there will be four guest bedrooms.

My son, Reggie, will be doing a lot of the rigging. I will have two other distribution centers in addition to our headquarters, one with my good friend Scott Shogren (of Shogren Performance Marine) and with my good friend Randy Hartmann down in Kentucky.

Production will be very limited to begin with. We can do 50 boats a year, but we’ll start with 24 in the first year. We will have our first boats ready in late May or early June, and we will not build any boats that have not been taken, meaning ordered by individual customers who have put down deposits. 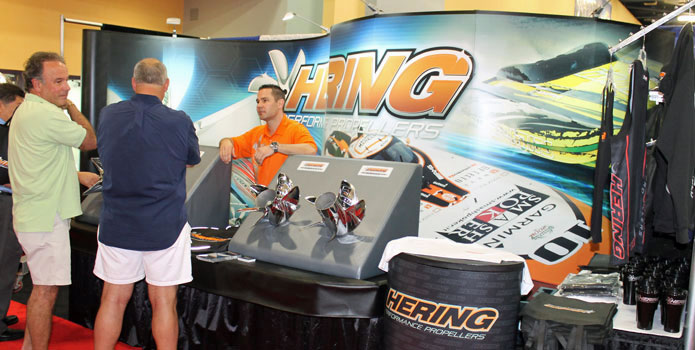