Your go-to source for performance boating.
HomeIn the NewsReal Fast Marine Planning To Introduce 43-footer In 2014

With three prospective buyers reportedly interested, Real Fast Marine in Washington, N.C., is planning to build its first 43-foot V-bottom sportboat next year, according to Reggie Fountain, III, the owner of the company and the son of iconic high-performance powerboat builder Reggie Fountain. The first model will be completed in three to nine months, Fountain III said. 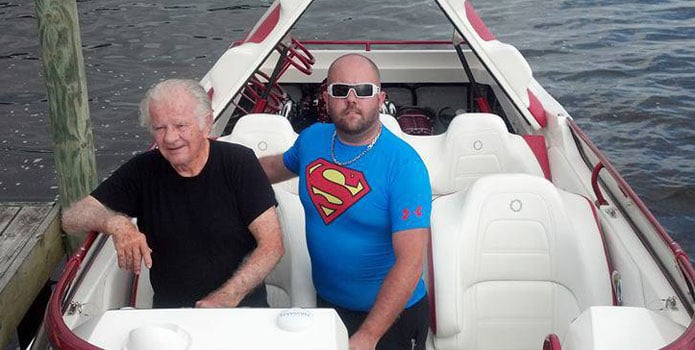 A concept drawing for the Real Fast Marine 43-foot sportboat.

The 43-footer’s stepped hull will be based on renderings from Gary Bridges of Marine Systems Design in Greenville, N.C. According to Fountain III, Bridges created the design with his input, as well as input from his well-known father. The design includes a half canopy for the cockpit.

“The boat will definitely be a lot better and faster than anything we did before,” said Fountain, III.

Depending on power, options and lamination materials, the price for the boat will be in the $800,000 range. “The three guys we’re talking to all want Merc (Mercury Racing) 1350s,” said Fountain III. “They all want to go fast.”