For Ron Szolack, a new boat from the Douglas Marine/Skater Powerboats facility in Douglas, Mich., isn’t unusual as he’s owned several. But a V-bottom from the world-class catamaran builder is certainly out of the ordinary, especially when you’re talking about only the third 48-footer the company has ever built. 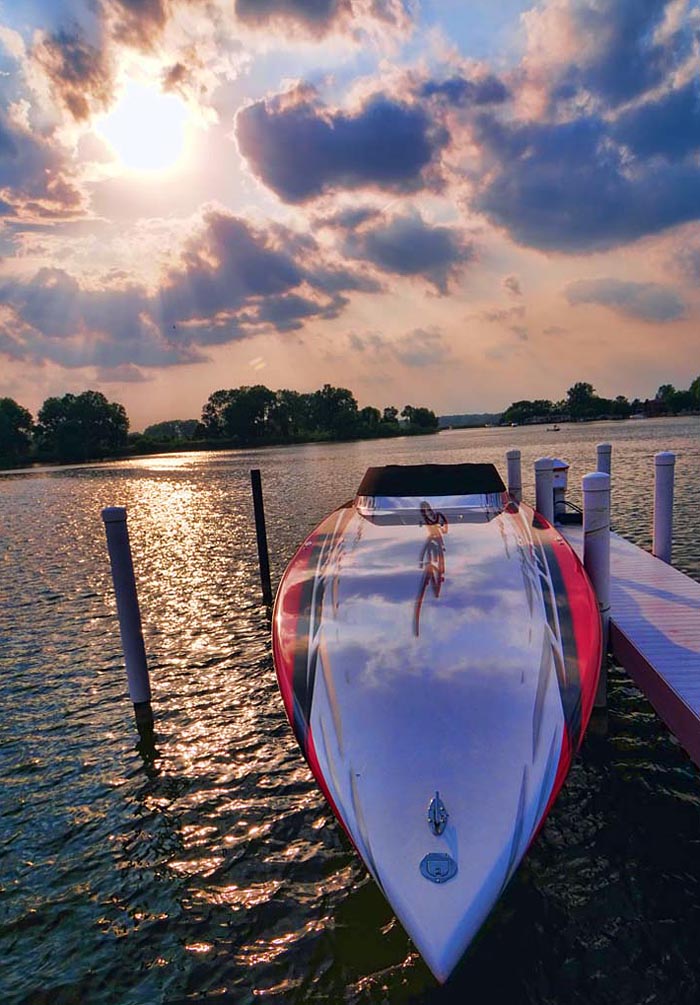 A self-proclaimed “cat guy,” Szolack recently bought the Skater 488 after its original owner ran it and its twin 1,500-hp Sterling Performance engines for just 10 hours. Opting for a more reliable setup, the owner of Detroit’s The Flight Club had Skater install staggered Mercury Racing HP700SCi engines—and he couldn’t be happier with the boat. Szolack said the engines have the Stage 3 Whipple Superchargers kit, which makes them even more powerful.

Szolack, who hosted his annual Flight Club SkaterFest at his lakefront house in Harrison Township, Mich., last weekend, said the boat runs great at any speed. Although he spent most of his time in his brand new Skater 412 catamaran with Mercury Racing 1100 engines, Szolack said the 488 has lots of torque and can cruise at 100-plus mph all day long. He’s unsure how much more it has in it, but the boat has reportedly reached a top speed of 118 mph.

“The 488 runs like a Cadillac and turns like a sports car,” said Greg Harris, who got a chance to run the V-bottom for 145 miles during SkaterFest. “The boat just goes—it doesn’t hesitate at all. From 60 to 100 mph, it has solid acceleration and is completely rattle-free. I fell in love with the thing.

“The custom interior is over the top,” added Harris, who also drove the 412 catamaran, Szolack’s outboard-powered 32-foot Skater and the old Reliable Carriers race boat, which is owned by Szolack’s neighbor, Bob Costa. “It actually feels like you’re in a catamaran. There’s basically zero wind, plus it has a mean, throaty sound to it. It’s unbelievable.”

Beyond the handful of 39-foot V-bottoms he’s built for racing and pleasure purposes, Peter Hledin, owner and founder of Douglas Marine/Skater, isn’t known for building V-bottoms.

“The 488 is kind of the best of both worlds,” said Hledin, who is currently recovering from knee surgery. “It has the characteristics of a V-bottom but it also has a lot of our catamaran features.”

Hledin said he originally designed the V-bottom for Jack Cabasso, who owned Cigarette Racing before the company’s current owner, Skip Braver. In fact, the design is the basis for Cigarette’s popular 46 Rough Rider and 50 Marauder models, and was used when Cigarette built its boat to chase the V-bottom speed record in 2006.