Your go-to source for performance boating.
HomeIn the NewsRace Around Long Island Rescheduled

Slated for Saturday, Sept. 22, the National Power Boat Association-sanctioned Race Around Long Island in New York has been rescheduled for Saturday, Oct. 6. According to a press release from the organization, the postponement was required because the United Nations General Assembly is in session and the United States Coast Guard has imposed a 25-knot speed limit on New York Harbor from the Throgs Neck Bridge to the Verazzano-Narrows Bridge. The speed restriction will be in place through Oct. 1. 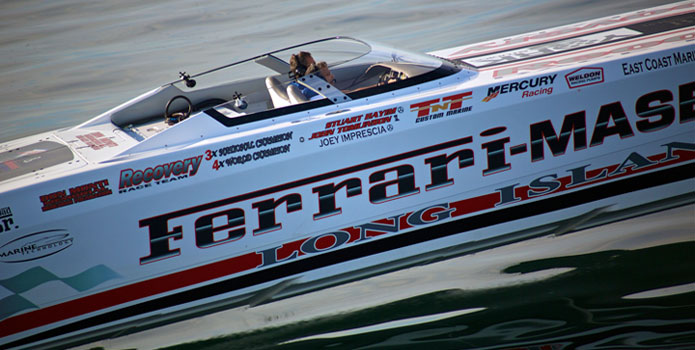 Set earlier this summer by Stuart Hayim and John Tomlinson in a solo-boat run sanctioned by the NPBA, the current Around Long Island Record stands at 2 hours and 11 minutes.