Your go-to source for performance boating.
HomeIn the NewsQatar Will Field Third Boat In Key West 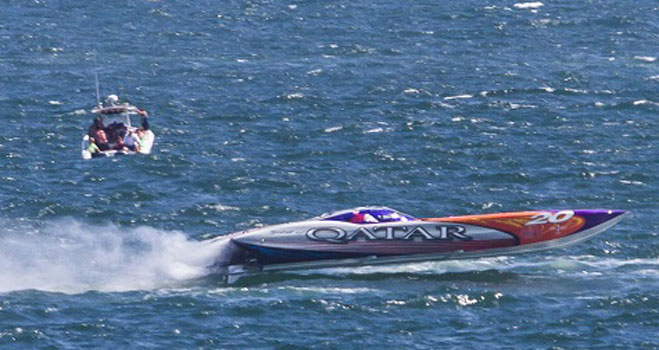 Another 41-foot cat will be added to the Qatar stable in time for the 2013 SBI Key West Offshore World Championships in November.

“It’s now being set-up,” said Sheikh Hassan in a press release from the Qatar Marine Sports Federation. “I think Matteo and Nasser will be impressed when they get their hands on it.”