Thanks to his participation in top-speed shootouts, street parties, poker runs and more, Brendan Alvarez—the Bradenton, Fla., performance boater who owns PSI Racing in Sarasota as well as one of the most recognizable Eliminator Boats catamarans in the country, has long been associated with the Southern California brand, which celebrates its 50th anniversary this year.

Pictured with Fear Bivian (left) and Jake Fraleigh (right) of Eliminator Boats, Brendan Alvarez of PSI Racing is excited to be the new East Coast dealer for the company. Photos courtesy Brendan Alvarez

Add in the fact that in 2017 he had Eliminator freshen up the interior of the 25 Daytona he bought new in 2008, sold in 2014 and repurchased two years later, and Alvarez quickly became close with most everyone at Eliminator. Not only does he have a magnetic personality, he knows his stuff—as he’s proved running 134 mph at the 2013 Lake of the Ozarks Shootout in Missouri with his in-line six-cylinder turbocharged PSI Racing engine propelling the hot rod.

And that’s exactly why Alvarez, who also is an accomplished drag car racer, was a perfect fit to become Eliminator’s East Coast dealer. According to Jake Fraleigh, one of the new owners of Eliminator (read the story), the company is excited about the potential of PSI Racing representing Eliminator in the Southeast corridor and beyond.

“Brendan knows our boats and, better yet, he knows the East Coast powerboat scene,” Fraleigh said. “We can’t think of a better fit for the brand. His dedication and enthusiasm for the product is amazing and his work ethic is impressive. We have several boats in mind with our new production standards such as full composite materials and eliminating all plywood in stringers, bulkheads, seats, etc., that we want to build and send out to the East Coast. In my mind, I recognize Brendan as my East Coast point of contact.”

Alvarez, who spent several days with the Eliminator team last week during the Los Angeles Boat Show and plans to return on Saturday, Jan. 26 for the company’s open house and barbecue, said the first boat is likely going to be 27 Speedster with a pair of Mercury Racing outboards, although he’s not entirely sure which engines yet. 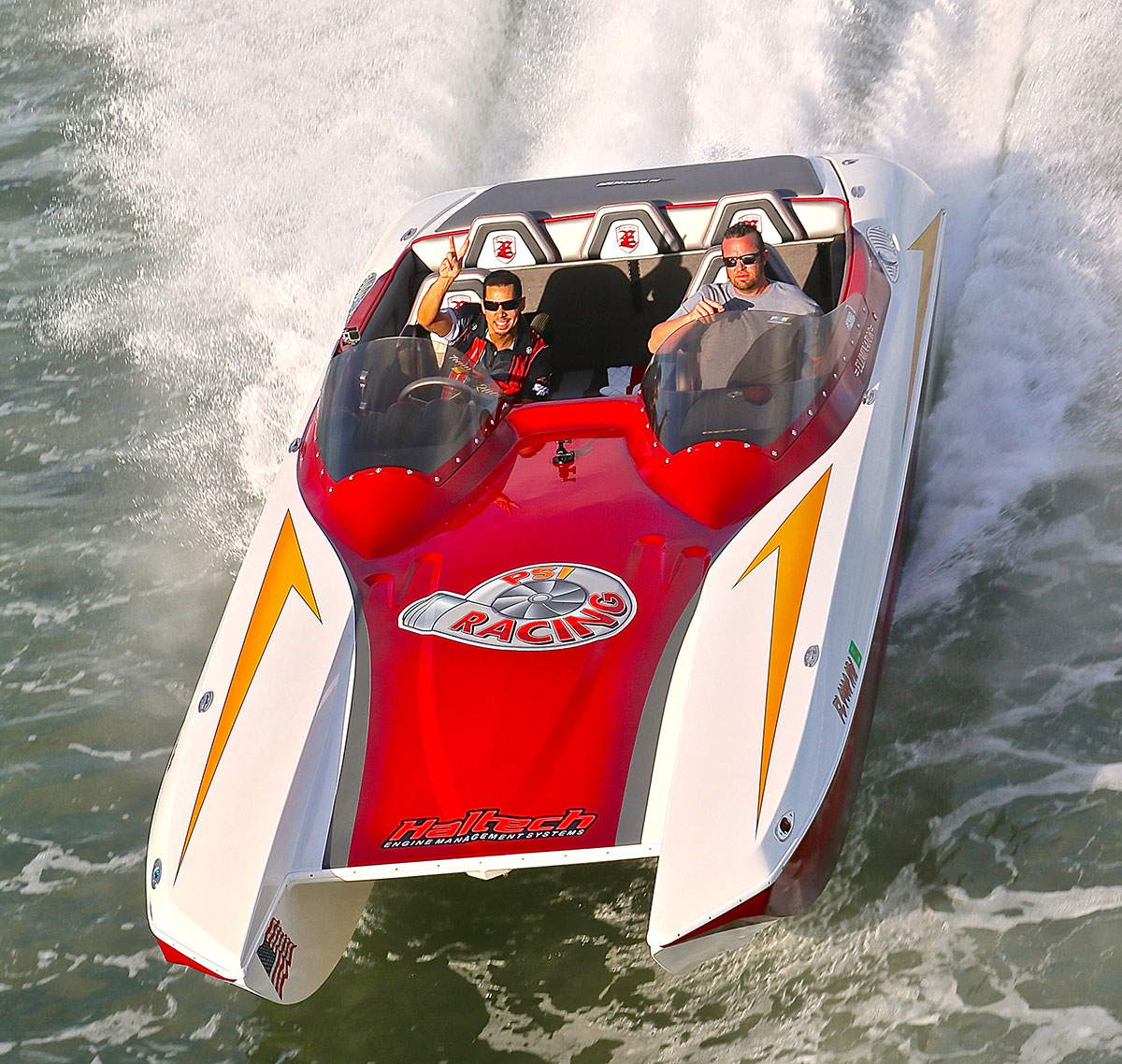 Check out the slideshow for some of Alvarez’s images from his recent trip to the L.A. Boat Show and Eliminator’s shop in Mira Loma, Calif.

“We had a lot of fun at the L.A. Boat Show—there was a ton of buzz around the Eliminator booth thanks to the incredible boats following up the news that the investment team bought the company and is running things differently,” Alvarez said. “I’m super excited to see what Jake and everyone are going to do. They already have some cool new boat ideas in the works. The reception Jake received at the show was awesome, too. He deserves it; he’s a hard worker and a great guy. With him leading the way and making impactful improvements already, I believe the Eliminator product is second to none.”

Alvarez referred to the East Coast market as untapped for Eliminator.

“I know it’s going to take a little education, but the whole West Coast/East Coast thing has never made any sense to me as my boat is perfect for the boating we do here in the Southeast,” Alvarez said. “What makes Eliminator a ‘West Coast’ boat anyway? The gelcoat, the center pod, what? Other than being built in California, to me it’s a boat, and a damn well built one at that. Some people might say it’s a lake boat, but I know that’s not true, as do the people who have taken rides in my boat and been beyond impressed.”

And just like that, Alvarez is starting to work on selling boats.

Efforts Being Made To Support Coast Guard During Government...

Nor-Tech Owners Fun Run Set For Lake Of The Ozarks