Proving there are hidden complications and delays in even small powerboat renovation projects, well-known offshoronly.com member Sean Stinson reported that when he removed the hull from the deck of the 18-foot jetboat he is restoring to sell (Read the story), he found “a soft floor.” That means when Stinson gets home from his relatively new job of brokerage and sales manager at Campisano Marine in Brick, N.J., later today, he’ll be replacing the sole of the 18-footer.

“I’m cutting out the floor and replacing it today,” said Stinson. “I’m also putting in new bulkheads and replacing all the foam. I should have it done by the end of the week.” 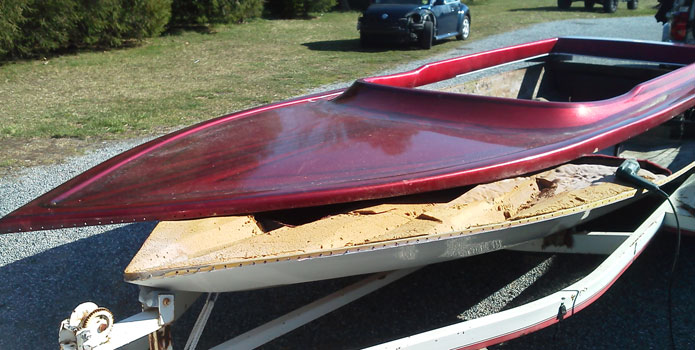 When he separated the 18-footer’s hull and deck, Stinson found damanage to the boat’s sole.

Stinson originally separated the boat’s hull and deck so the hull could be painted black, which will happen after the new bulkheads and foam are installed—the deck will remain red. Refreshment of the boat’s 460-cubic-inch, single-carburetor Ford engine, also has taken more time than Stinson expected because of additional cylinder head work that was needed.

“I originally said I’d have it done in 30 to 60 days, and I will,” said Stinson. “The new job at Campisano has cost me some time—I just sold my first boat for them—but even with the delays I’m on track to get it done in that time frame.” 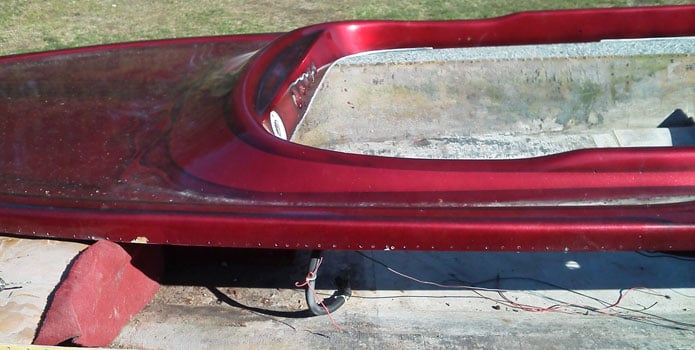