Growing up in a boat racing family, Larry Guillen has enjoyed going fast on the water for as long as he can remember. From Cigarettes to Eliminators to Warlocks, the Huntington Beach, Calif., resident has owned his fair share of performance boats. He’s also shared the cockpit in Pacific Offshore Powerboat Racing Association competition with his good friend, Mike Bobbit, in Bobbit’s 40-foot Skater Powerboats catamaran, Risky Business.

For his latest boat, Guillen is taking on a massive project, which will be followed extensively on speedonthewater.com. The project—a complete makeover of a 2005 Skater 368 from Douglas Marine—is being spearheaded by Brad Stewart of E-Ticket Performance Boats in Lake Havasu City, Ariz.

Guillen picked up the 36-footer, which was built with a unique triple quarter-canopy setup, with the intention of converting the 2005 model to look like a 2014 edition.

“The 368 hull is bad-ass—I don’t know if there is a better one out there,” Guillen said. “With the three canopies, the boat is kind of funky looking. I wasn’t concerned with that though because I planned to convert whatever boat I got to look like Skater’s 40, which has a new-style molded dash and a wraparound windshield.”

Guillen said he chose Stewart, who has handled the rigging for many of Guillen’s boats, for the project because he’s great at fabricating, painting and setup. Although the final paint scheme won’t be approved for another week, Stewart and company have already stripped the boat and cut off the canopies, and are currently fitting the new register and windshield, sanding the boat and prepping it for paint.

Although we don’t want to give everything away in the first story, Guillen said the boat, which will be dubbed Cállate (“shut up” in Spanish), is receiving all-new cockpit interior, controls and touchscreen displays as well as a tilt trailer refreshment, a high-end stereo system and a complete bilge renovation. Another cool part of the project is that the boat’s engines—twin Sterling Performance 1100/1300 power plants—are being upgraded from carbureted to electronic fuel injection with all-new electronic communication gateways developed by Livorsi Marine.

Stay tuned for updates on Cállate. 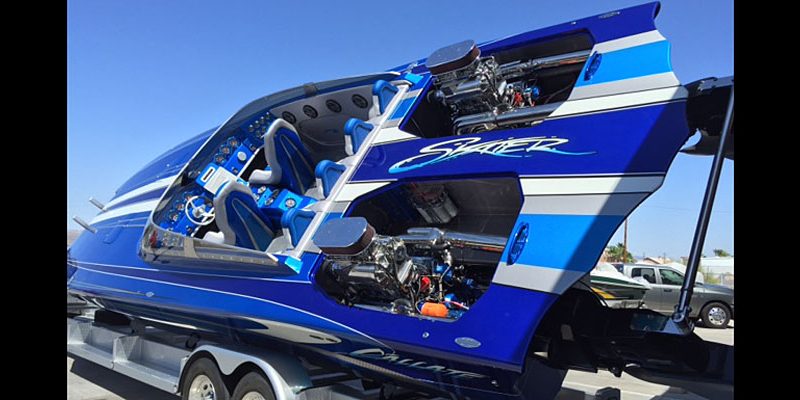 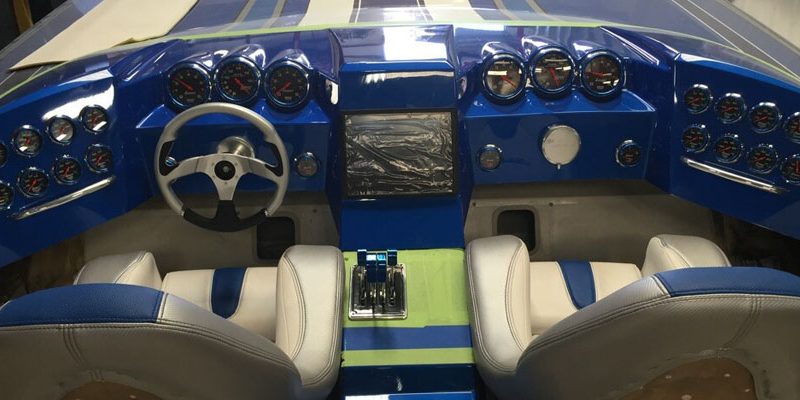