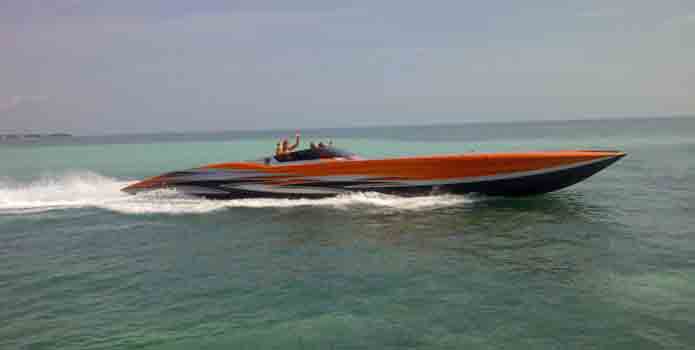 It’s just after 1 p.m. (EST) and the inaugural Powerboatnation.com Sandbar Raft-Up Party, which is being held in conjunction with the Florida Powerboat Club’s annual Miami Boat Show Poker Run, has just begun. More than 20 high-performance catamarans and V-bottoms have assembled and are rafted-off to one another in front of White Marlin Beach on the bayside of Lower Matecumbe Key. Powerboatnation.com staff members expect the size of the fleet to double.

“A lot of the boats went down to Duck Key for lunch, and (the owners) said they plan to come here on their way back,” said Tommy Hofstetter, the owner and founder of powerboatnation.com and Skaternation.com. “We think people will want to start heading back to Holiday Isle around 5 p.m.” 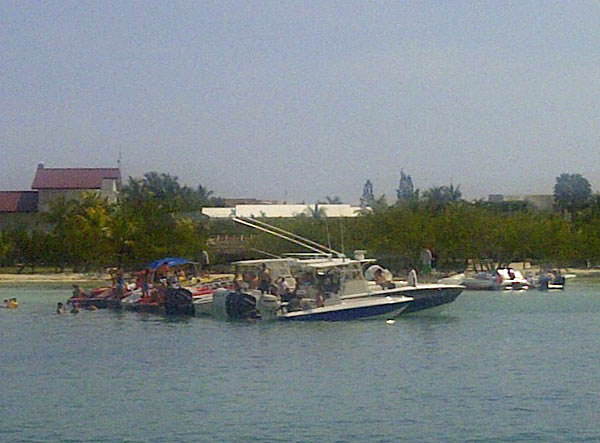 The raft-up has already started to build.

Judging from the early turnout, Powerboatnation.com is already making headway toward its stated goal of “uniting the high-performance powerboat world” in its first official event. Based on the boat owners and passengers I spoke with yesterday after the second wave of the poker run arrived at Holiday Isle, I’m sure Hofstetter and company easily will get the number of boats they expect.

So the air-conditioned salon of a 54-foot Mediterranean motoryacht—official event headquarters for the Sandbar Raft-Up Party—will be my “office” for the next few hours. It could be worse.

Look for additional updates on the event throughout the afternoon. Click here for the first update.