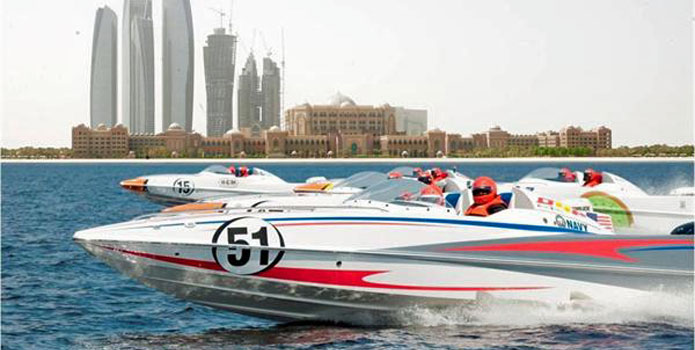 With national championships established in the United Kingdom and the United States, Powerboat P1 will launch a new SuperStock race series in the United Arab Emirates in November and end the year with an International SuperStock Cup event in India, according to a press release from the London-based racing organization. Though the race site and date in India have not been announced, the event will feature national champions from around the world.

A schedule of eight “Grand Prix of the Sea” events on both sides of the Atlantic begins this weekend in Florida—the first U.S. event is in Stuart—while a ten-race U.K. championship kicks off in Hull, England, at the end of May. Thanks to SuperStock’s single-design boat concept that “reflects the growing international flavor of P1 racing,” according to the release, racers will be allowed to compete in more than one national championship.

“We are building a commercially viable and credible motorsport series based on parity through racing with the same boat, same engine and same performance coupled with affordability and accessibility” said James Durbin, the chief executive of P1, in the press release. “As we move toward staging international events our aim is to deliver a great sporting spectacle and also provide the marine industry with a much-needed marketing, research and development platform. ”