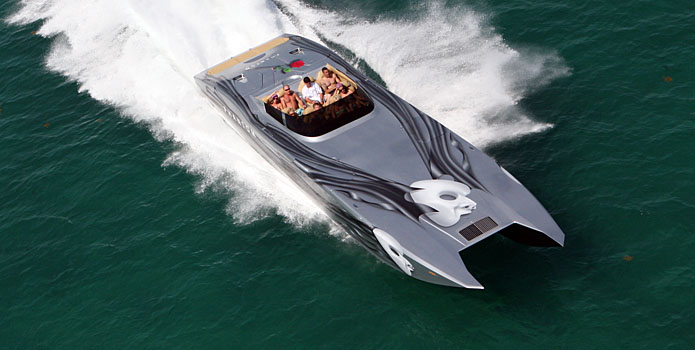 Kenny Armstrong is one of many high-performance boaters who give back on an ongoing basis. Photo courtesy Florida Powerboat Ciub

By the end of 2012—thanks primarily to a gig writing for Powerboating in Paradise—I had traveled to a half dozen poker runs and met or reconnected with thousands of powerboat enthusiasts. From a journalistic perspective, I felt like I told some fairly memorable stories. But I’m sure 10 years from now when I look back on 2012, I won’t recall what I wrote about the Emerald Coast Poker Run presented by the Florida Powerboat Club.

What I will remember are all of the exceptional people I got to know, and ultimately respect, along the way. Over the years as an editor of Powerboat, I was able to travel to a poker run here and there, but never more than two or three in a year. And while I spent a good amount of time meeting and interviewing unfamiliar people within the boating public—essentially our readers—I focused just as much on talking with the organizers and the industry folks to get their perspective on the event as well.