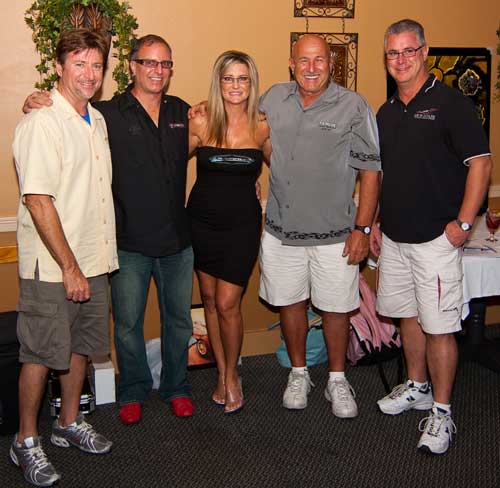 (From left) Terry Sobo of Nor-Tech, Dean Loucks of The Art of Design, Bob Tegaue of Teague Custom Marine and Chris Sunkin of seriousoffshore.com

Not all that long ago I had my doubts as to whether the Platinum Powerboat Club would be around in 2010. Headed by Joy Schou, the club, which blends charitable fundraising and a day of go-fast boat rides for children with poker runs and parties, faced significant challenges from day one. Among those hurdles was a sour economy and, at times, equally sour poker-run organizers who saw the club—regardless of purpose—as competition.

Turns out the club has solid support and momentum, according to Schou, as its seven-event 2010 poker run season begins.

“We’re gearing up for Desert Storm,” Schou told me earlier today. “I had enough boats for the children’s ride-day over a month ago.  We are working with the Phoenix chapter of the Make-A-Wish foundation, though it’s important for people to know that Make-A-Wish isn’t the only charity we work with, and the Havasu Youth organization.

“There are events that open their arms and embrace every aspect of what we do,” she continued. “Jim Nichols (the organizer) of Desert Storm has been that way. He knows that you have to market and market and market. I am extremely pleased with everything he has done.”

Schou also said the club’s July 16-18 on Grand Lake in Oklahoma is shaping up to be the biggest event of the season in terms of fundraising.

“Grand Lake is going to be off the charts,” she said. “That’s where the E-Dock guys are, and those are the big boys.”

The club’s first offshore race-based event will be at the Bimini Offshore Challenge June 11-13 in Sunny Isle Beach, Fla. Sanctioned and organized by the Offshore Powerboat Association, the event is a true offshore race in which the boats will battle from Florida to Bimini and back.

“I am trying to talk them into adding a poker run, because a lot of the guys in the club have said they’d like that,” said Schou. “We would do it after the children’s rides on Friday. And maybe it would just be a fun run instead of a poker. But I’m working on it.” 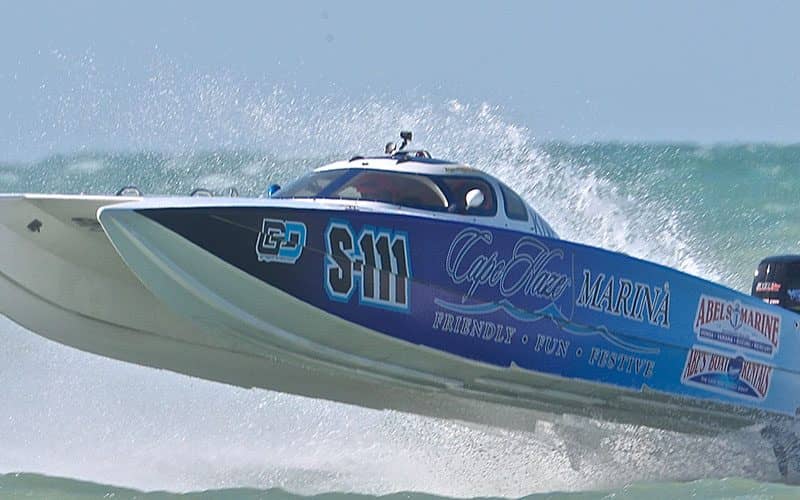