Noted high-performance boat and fishing boat designer Jay Pilini will add a 35-foot center console model—dubbed the Spectre 35CC—to the Spectre Offshore Powerboats line. The announcement was made in a press release this weekend from the Clearwater, Fla., company, which is owned by Pilini.

“The Spectre 35CC is the first in a fresh new line of products to be offered by Spectre Offshore aimed to satisfy the changing demands of today’s boater,” Pilini said in the release. 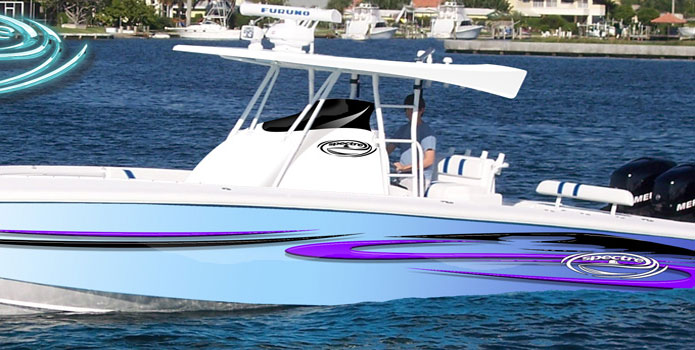 With twin outboards, the Spectre 35CC reportedly lists for less than $200,000.

The custom-built, wide-beam 35-footer will ride on an efficient, performance oriented pad-bottom, according to the release. As a custom builder, the company will offer the boat with a number of interior configurations including mid-cabin with a sun lounge or completely open. The boat can accommodate twin or triple outboard engines.

With twin outboards, a “nicely equipped” Spectre 35CC reportedly lists for less than $200,000.