Announced the day before the 2012 Miami International Boat Show in mid-February, the merger of Pier 57 and Shogren Performance Marine into one dealership called Pier 57—and transition of Pier 57’s Cigarette Racing and Marine Technology Inc., inventory in Counce, Tenn., to the former Shogren facility in Waukegan, Ill., is just about complete. The process has been seamless, according to Scott Sjogren, who has reverted to the original spelling of his surname (“My father and grandpa are really happy about that,” he said. “They weren’t very happy when I changed it for pronunciation purposes.”)

“It was big undertaking, but it’s been really smooth,” Sjogren said. “It’s been fun to learn the whole MTI process, and I’ve always wanted to be a Cigarette dealer. It’s an incredible brand. Every boat on the water is a ‘Cigarette boat’ from a perception standpoint.”

Sjogren said that industry and consumer response to the merger has been overwhelmingly positive. Since the partnership between Sjogren and David Woods, the founder of Pier 57, was announced, Sjogren and Woods said they have received a significant amount of “congratulatory” emails.

“I think I’ve heard maybe two negative comments,” he said. “But you’re always going to have a couple of people who aren’t happy.”

Regarding the “who bought out who” speculation that persists on various online message boards, Sjogren reiterated that his arrangement with Woods is a true merger.

“No one bought out anyone,” said Sjogren. “David isn’t going anywhere.  David wants to sell boats—he’s probably the best boat salesman I’ve ever seen. He just doesn’t want the day-to-day responsibility of running a boat dealership. I like to sell boats, but I also enjoy running a business. We’re a good match and I could not be happier or more grateful to work with ‘Woodsie.’ ” 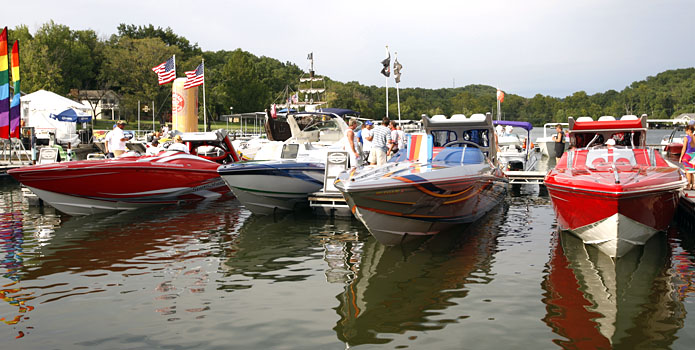