Your go-to source for performance boating.
HomeUncategorizedPhenomenon on the Road for Sarasota Kilo Runs

Talk about cutting it close.

At this moment, Scott Barnhart is getting into the truck that will tow the quad-turbine engine Phenomenon catamaran to Sarasota, Fla., for the Super Boat International Kilo Runs on Friday, July 2. A few hours earlier, Barnhart, the boat’s throttleman, and driver Al Copeland, Jr., had just finished running the cat, which will attempt to break the propeller-driven water-speed record of 220 mph during the Kilo Runs, with its brand-new set of Five Axis propellers.

“We ran it at 5:30 this morning—we sat on the ramp it was black,  and we actually waited for first light,” he said. “We ran it to 130 mph and we were still dodging pilings, so we headed back and put it on the trailer.

When I spoke with Barnhart five days ago, he wasn’t sure the 50-plus-foot, 12,000-hp catamaran would make it to the kilos. He didn’t even have all four of the boat’s propellers until yesterday morning. To make things worse, during a test-run yesterday afternoon, one of the cat’s 3,000-hp engines appeared to have mechanical issues. And in the past few months, movement of the boat’s drives had damaged its propellers and stern.

“We’ve got four motors running and the back of the boat is sound,” said Barnhart. “There are no problems whatsoever back there. I’m very happy.”

Barnhart said he called John Carbonell, the head of SBI, to see if they can do a few more test runs in the catamaran tomorrow. The cat will not arrive in Sarasota, roughly 750 miles from Phenomenon’s team’s home base near New Orleans, until late this evening.

“He said he’s going to do what he can,” said Barnhart. “We have a big parade tomorrow night with members of the Copeland family. I think there are like 43 Copelands going.

“I am so happy,” he added. “I finally have the feeling that the boat is going to be what it is. It’s a bad-ass.”

Rothstein’s Fleet for Sale—And I’m Invited to the Preview... 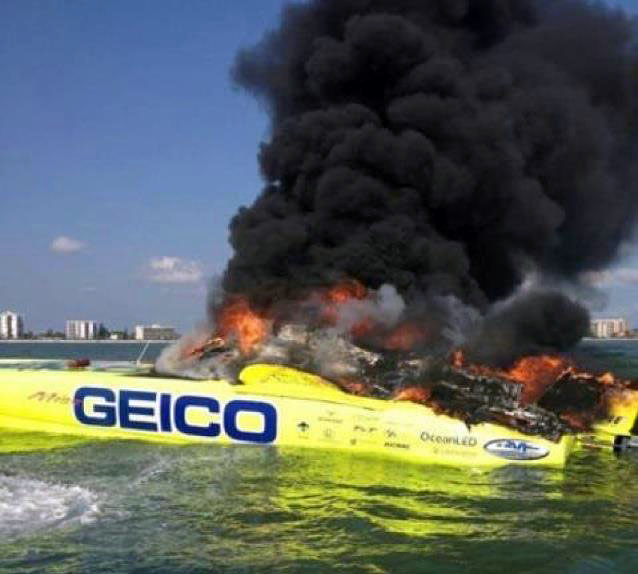 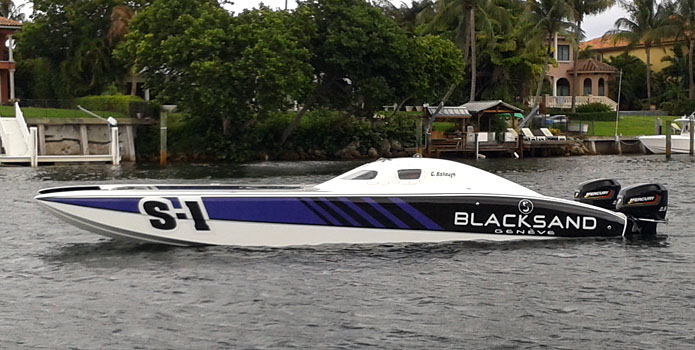