Your go-to source for performance boating.
HomeIn the NewsPeters & May Hydro Dressed to Thrill for 2012 Season 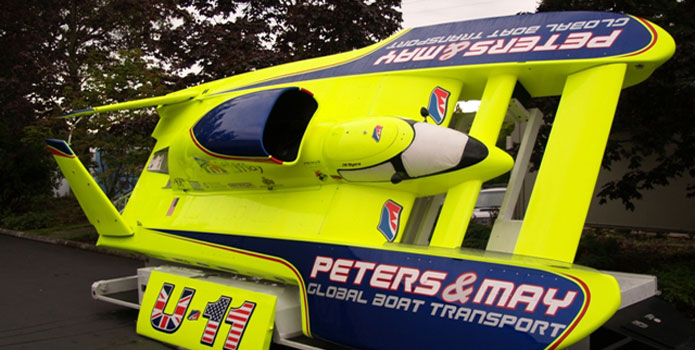 Thanks to a signature “chartreuse racing yellow” paint scheme and a new vinyl graphics package, the U-11 Peters & May-backed Unlimited hydroplane won’t be hard to miss when the Air National Guard H1 Unlimited Hydroplane season kicks off July 6-8 in Madison, Ind. According to a press release from the global leader in yacht and powerboat shipping and transportation logistics, the “re-branding” of the U-11 Peters & May incorporates a red, white and blue graphics package reflecting the team’s roots in both the United States and United Kingdom.

The team number on the rear wing will depict the “U” as the United Kingdom’s Union Jack and the “11” as the Stars and Stripes, and both nations’ flags will adorn the hull on the port and starboard sides.

“It’s all about visibility,” said Shannon Raney, the U-11 team manager. “Not just visibility for our sponsors, which doesn’t hurt, but in low visibility situations, it’s hard not to see that boat.”

The new design and vinyl appliques reportedly took two months and nearly 280 hours to complete. The project cost $17,000 and, according to the release, was made possible in part through sponsorships with paint supplier PPG Industries and decals from Messenger Corp. West Coast Collision Center, the U-11 team’s long-time paint and body vendor, handled the paint and decal application work.

“It’s a bit of national pride,” said David Holley, the chief executive officer of Peters & May, in the release. “With our home office in Southampton and our strong presence in the U.S., this boat design reflects our transatlantic team effort with U-11 as a symbol of our worldwide shipping and racing presence.” 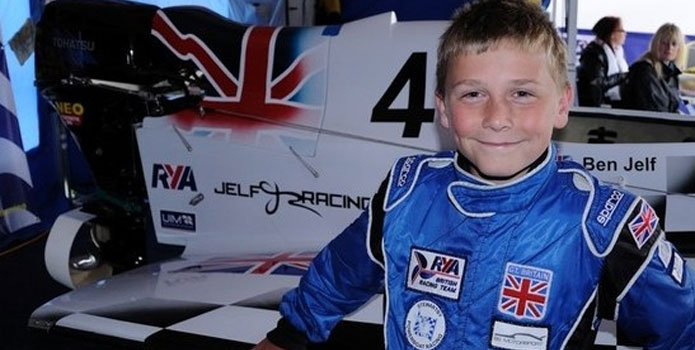