Your go-to source for performance boating.
HomePeoplePeoplePete Boden Goes 41 In 365

By the time Sarasota, Fla.-based speedonthewater.com chief photographer Pete Boden finishes shooting today’s Fort Myers Offshore New Year’s Fun Run to Marco Island, Fla., he will have captured 41 events this year. Then Boden can step away from his camera for a generous, richly deserved one-day break before restarting the cycle with the Joey Gratton Memorial New Year’s Day Fun Run in Sarasota on Monday.

Boden’s work this year took him all over the country—and even out of it to cover Offshore Powerboat Association Resorts World Bimini Grand Prix (click image to enlarge). Photos courtesy/copyright Pete Boden/Shoot 2 Thrill Pix.

At least he doesn’t have to travel far for that one. But the proximity of the Gratton run is more the exception than the rule for the photographer.

In covering the events of 2017, Boden—a United States Navy veteran—logged approximately 15,000 miles on the road and about 100 nights away from his home, most of them solo. Though he far prefers shooting rough-water events to those where the water is flat, Boden is hard-pressed to pick a favorite.

“They all have a uniqueness,” he said. “And there are so many great people involved.”

Even a small sampling of Boden’s 2017 work from the Boyne Thunder Poker Run in Michigan, Lake of the Ozarks Shootout in Misssouri and OPA World Championships in Flordia showcases his formidable skills behind the camera.

Of course, like all jobs, Boden’s has it downsides. “Editing photos—yeah, it’s the best,” he said.

To those who aspire to shoot professionally, Boden suggests they also maintain a “real job” and start setting limits early. “If you give it away for free, that’s what is always expected,” he said.

The best part of his job? “Getting to see the U.S. and meeting people,” he said. “I’m lucky to have the chance to what I do.”

Related stories
Thankful for Another Great Year
Commentary: Is Boyne Thunder The World’s Best Poker Run?
Stories of the Year, Part II: Almost All Positive
Stories Of The Year, Part I: Triumph And Tragedy 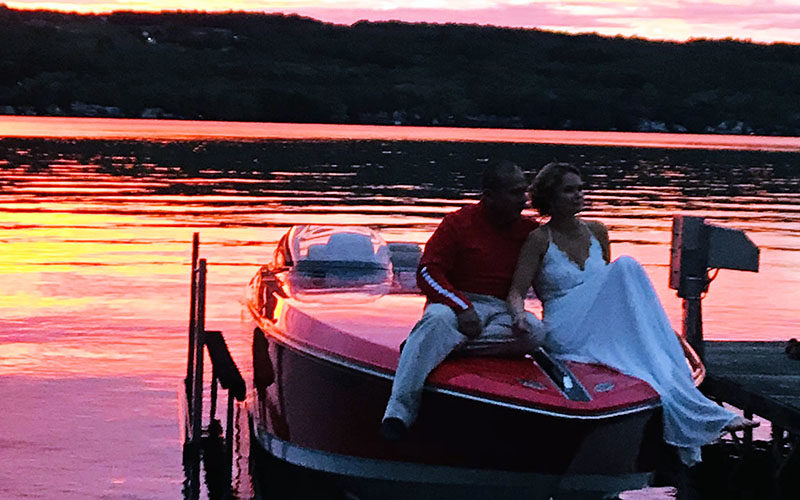