For the better part of six years, Performance Boat Center in Osage Beach, Mo., has been selling outboard engine-powered catamarans under the Wright Performance banner. The name combined two entities, Doug Wright Designs/High-Tech Composites, and Performance Boat Center, and the cats have been hot-sellers for the multi-brand dealership, which also carries the MTI and Sunsation Boats lines.

With all the recent changes in the marketplace, including the 60-percent ownership change at Doug Wright/Advanced Composites earlier this month, Performance Boat Center owners Mark Waddington and Brett Manire are making a significant change of their own.

Now, the Wright Performance handle is gone, replaced by Performance Powerboats for all catamarans completed in house at the dealership, which just started construction of a new 30,000-square-foot storage facility and has 80-plus boats registered—a new event record—for this Saturday’s Spring Fun Run.

“We see ourselves expanding and adding models that won’t necessarily be associated with High-Tech Composites,” Waddington explained in a telephone interview this afternoon. “We are still going to work with their owners and they are going to continue to source us. But we also are working on some other models and we’ll make an announcement on that in the next couple of months.”

To help achieve their goals, Waddington and Manire have brought on Johnny Bauer, 27-year Mercury Marine/Mercury Racing veteran, to be their in-house production manager. Bauer official joined the Performance Boat Center team on May 1.

Ending his career with the Fond du Lac, Wis., company as a lead calibration technician, Bauer spent 18 years at Mercury Racing and was involved in multiple projects, most notably the Quad Cam Four Valve—dubbed QC4v—engine platform. During that time, he not only worked in house but with high-performance powerboat builders around the country.

The name change is effective immediately.

“It’s hard to believe I’ve spent over half of my life working for this company and contributed to some really neat projects along the way,” Bauer wrote in a farewell letter to his Mercury Racing colleagues. “Hopefully I’ve gleaned and retained some good habits, useful skillsets and good practices that I can put to use in my new role overseeing production of Performance Powerboats catamarans at Performance Boat Center.

“My wife is retiring from the Wisconsin prison system and we’ve bought a very neat property overlooking Mile Marker 38 on Lake of the Ozarks, complete with an eight-mile view and a boat slip that will make our Stress Eliminator powerboat look small,” he added. “With our kids out of the house, we’re taking advantage of the opportunity to enjoy some warmer weather and new challenges.”

Reached by the phone this afternoon, Bauer said that relieving Performance Boat Center’s Myrick Coil and Rusty Williams, as well as Manire, of their day-to-day production-management chores is among his primary objectives.

“I am extremely excited and humbled by the trust Mark and Brett have placed in me,” Bauer said. “It’s been pretty much what I expected—like drinking from a firehose—but it’s a blast.”

“He loves boats and he loves to go boating,” Waddington said. “We don’t just sell boats. We actually go boating. He’s a great fit and, of course, he’s knows Mercury Racing product inside and out, which is what we sell.”

Manire was quick to point out that Performance Boat Center’s sales business is booming outside of its current and upcoming Performance Powerboats builds.

“We have 24 MTIs sold and we have 15 more we’re trying to find production slots for,” he said. “We have 12 to 14 pre-sold center consoles coming from Sunsation—we take 80 percent of their production. We are 100 percent, pedal to the metal moving forward with everything.”

With a new handle for its in-house powerboat line and a new production manager, Performance Boat Center is wasting no time moving forward. 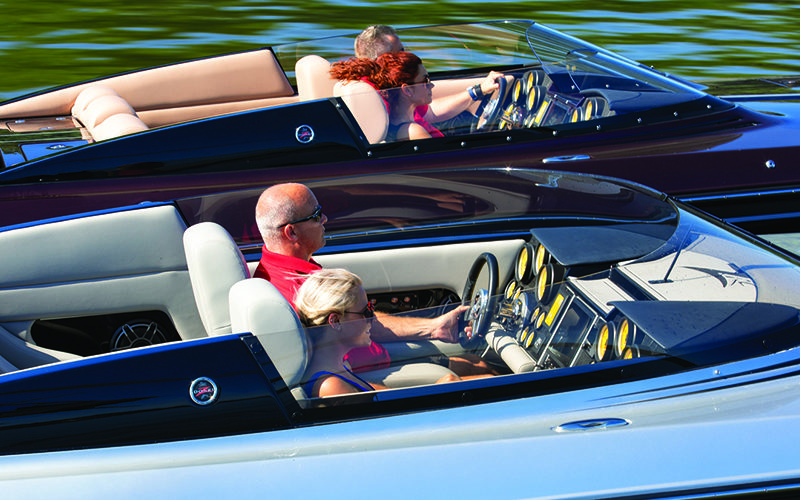 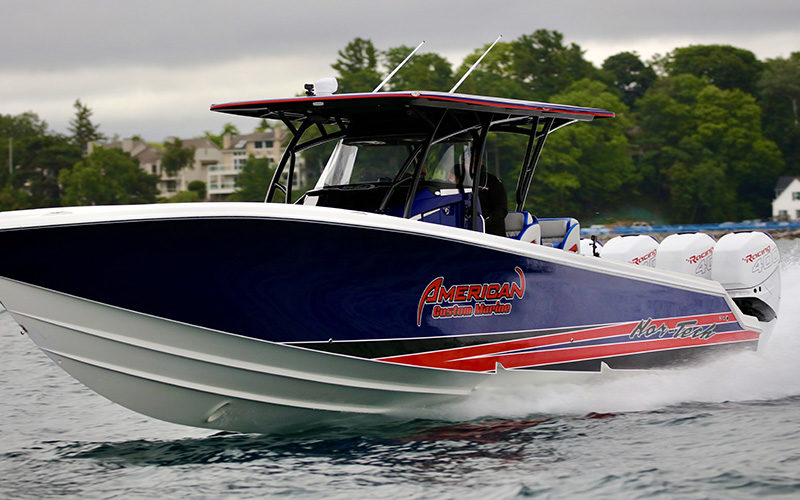 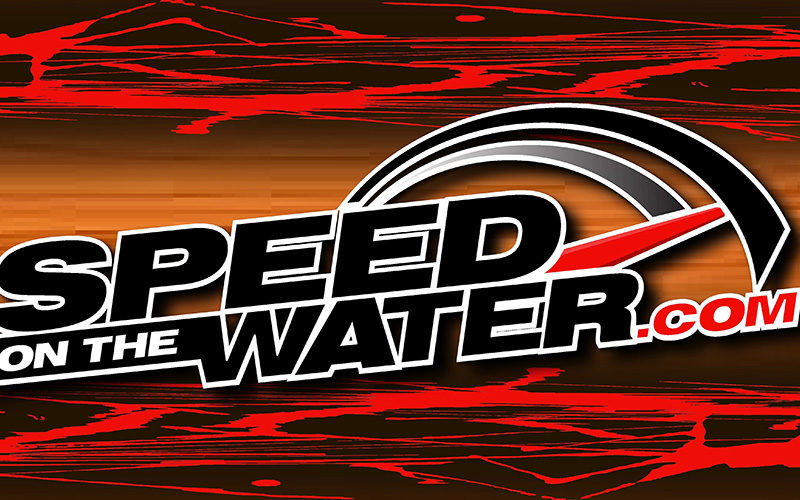