Mike Fiore’s relatively last-minute decision to bring the new Outerlimits SV29 V-bottom—featured in the upcoming summer issue of Sportboat magazine—to Desert Storm last week proved to be a good one. The single-engine 29-footer powered by a Mercury Racing 600SCi was the fastest V-bottom in Saturday’s shootout with a top speed of 102 mph. With a reported top speed of 101 mph, the next-closest entry was a Howard 28’ Bullet V-bottom powered by an 1,100-hp supercharged engine. 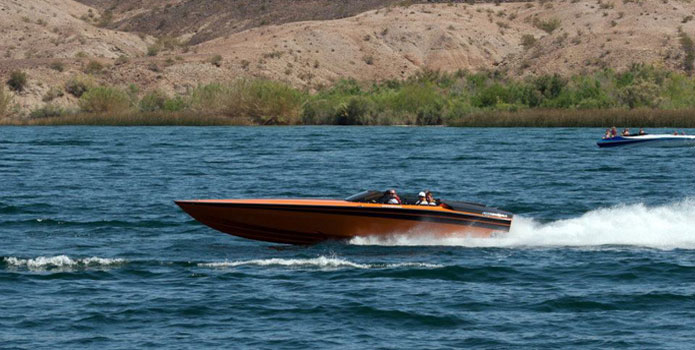 “There actually was a 1-mile-per-hour down current, but we’ll take that number,” Fiore, the owner and founder of Outerlimits in Bristol, R.I., said and laughed during a telephone interview this morning. “There was a 15- to 20-knot crosswind coming across our port, so I wasn’t surprised that they didn’t continue the shootout in the afternoon. That was the right call.”

Just a week before Desert Storm, Fiore was not even sure if he and his team would be able to get the 29-footer across the country to reach the event in time. But the boat and crew showed up at the start of the Desert Storm Street Party on Thursday afternoon.

Check Out Who's Flying Around Havasu