While custom high-performance V-bottoms are the mainstay of Outerlimits Offshore Powerboats and always will be, the Bristol, R.I., company continues to expand its catamaran line. As reported previously on speedonthewater.com, the company has two new 46-footers currently in production—the first in rigging and the second in lamination. But Mike Fiore, the company’s owner and founder, said he also is currently working on a smaller catamaran offering. 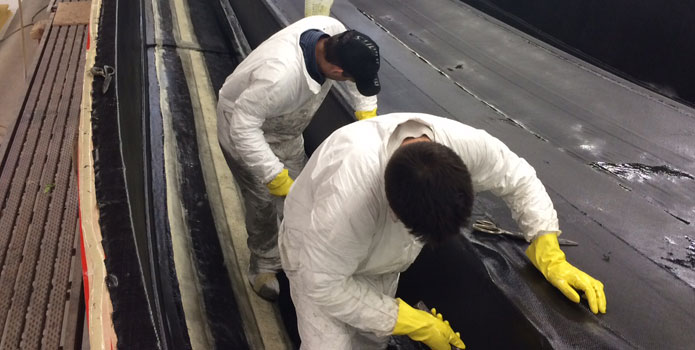 With its second carbon-fiber 46-foot catamaran in lamination (above), Outerlimits is planning a new 30-footer for a fall release.

“We are well underway in the design process of a 30-foot twin-outboard cat,” Fiore said. “We already have two orders for it, and we’ll probably have it done by fall.”

Renowned high-performance catamaran man and offshore racing world champion Steve Curtis is working with Fiore on the project, as well as the entire Outerlimits catamaran program (read the story).

“Steve will be doing the set up of all our catamarans, including the two 46s and the 30 when it’s finished,” Fiore said.