Minus his new Skater Powerboats 388 catamaran powered by a pair of Mercury Racing 450R outboard engines—the first 388 to be equipped with outboards—Steve Bareman of Michigan will be in Key West, Fla., next week for the offshore world championships. Bareman knows he’ll miss having the 38-footer in one of go-fast boating’s finest destinations, but joining the Florida Powerboat Club Key West Poker Run fleet for the trek from Miami wasn’t in the cards, so to speak, this year.

That’s because between West Michigan Offshore events and the Lake of the Ozarks Shootout week, he logged 65 operating hours during the 2022 season—including 10 hours, some 450 miles worth, on the Central Missouri waterway. And he enjoyed every second of it, just as he enjoyed being deeply involved in the entire build process.

“We had a ball this season,” said Bareman, whose last Skater cat was a 40-footer powered by supercharged sterndrive engines. “The outboards are so easy, especially coming from high-maintenance blower motors. You just hit the buttons and go.

“We always have rough water on Lake Michigan—even when it’s ‘flat’ there’s usually one foot of chop on it—and we needed something that could handle it,” he added. “The boat works perfectly for what I wanted to do. And it had no trouble at the Lake of the Ozarks. The boat just ate it up.”

In keeping with the catamaran’s overall theme, the interior is clean and simple.

Bareman said he propped the boat, which has hit 115 mph, for overall performance rather than top speed. Though he believes it will run faster with different propellers and some testing, he’s not interested. He’s delighted with the current setup.

“We ran 80 to 100 mph all summer easily and efficiently,” he explained. “It handles great and flies level. It’s perfect.”

Bareman paused for a moment, then laughed.

“Even my wife loves it,” he said, then chuckled again. “When I had the 40-footer, she ran in it twice and hated every minute of it.” 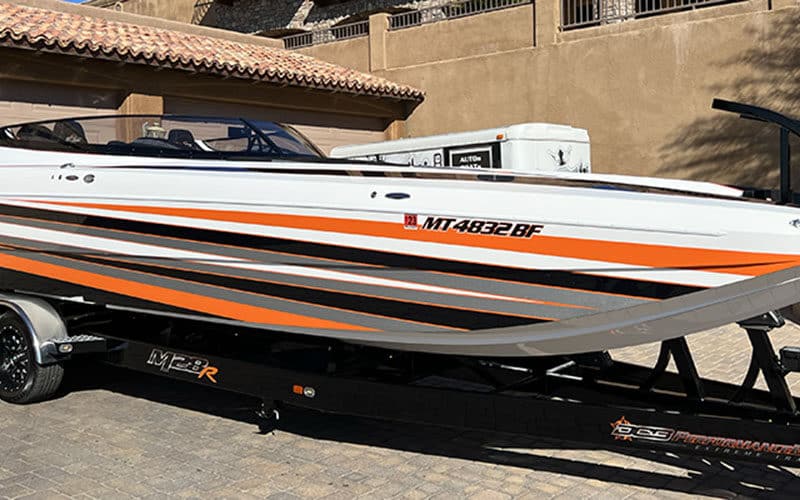 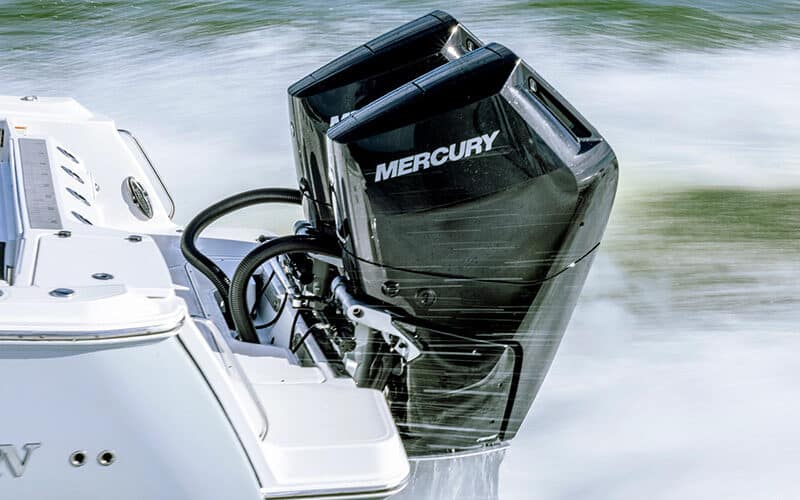