The Offshore Powerboat Association, the leading offshore racing club in the Northeast, has reached a three-year agreement with the American Power Boat Association to run under the APBA sanctioning banner. That means OPA racers will be eligible for the APBA Hall of Champions and record keeping, APBA-sanctioned kilo runs and other APBA benefits this season. The club will continue to run, however, under its current rulebook. Though OPA president Ed “Smitty” Smith had been in discussions with his club’s members and APBA officials about the possible agreement for some time, he announced it officially at least weekend’s OPA Awards Banquet in Leads Point, N.J. 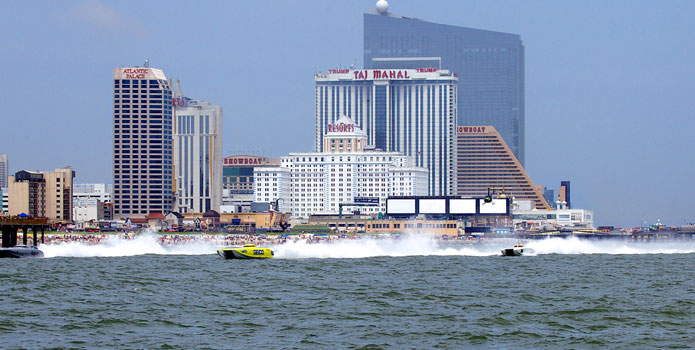 “For a couple of years now I’ve wanted to work with APBA, but we had our own insurance and we were happy with it,” said Smith. “The APBA changed its insurance rules, which meant we can sanction races with APBA but don’t have to insure through them, and that opened the door for us.”

Under the agreement, the OPA is now a regional division—rather than simply a regional series of races—of the APBA. APBA offshore races east of the Mississippi, in the Northeast and in the Southeast (with the exception of Florida) will now be APBA/OPA-sanctioned events. The agreement opens the door for OPA to add existing APBA-sanctioned classes including SuperStock, Skiffs and even personal watercraft races to its weekend-long events.

Smith said that while there have been questions from current OPA team members, most of the feedback has been positive. “Last year, we had pretty good boat counts but it seemed like some teams were picking and choosing where they wanted to go,” he said. “I think maybe having the APBA Hall of Champions honors now might help get more guys to the events. And we’re already looking to do an APBA-sanctioned kilo event in June summer on Barnegat Bay (N.J.).

OPA members will have to join the APBA, but at $150 per person for the season the cost is not prohibitive, Smith said. He believes both organizations will be stronger working together than separately.

“We want to run ten solid events and build it from there,” he explained. “The sport has been so fractioned off that it was time to do something to help put it together.

“It’s a three-year deal with an option to move forward after that,” he added, then laughed. “Worst case scenario, we have another sticker to put on our boats to cover the cracks.”