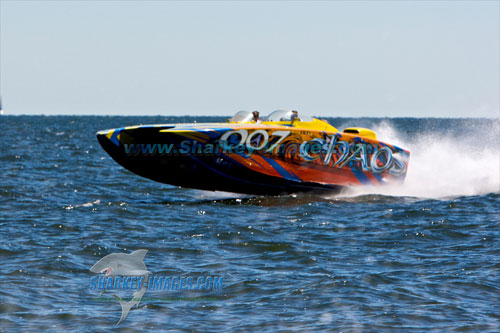 Registration for the Offshore Hero Poker Run in Solomons, Md., is open, and organizer Scott Smith of the Chesapeake Bay Power Boat Association said he hopes the Saturday, Sept. 24 date for the event will help boost attendance. The first time the run was held in Solomons last year—in the prior two years it was held in Cambridge, Md.—it happened the first week in October, which Smith said he felt was “just a little too late” in the Maryland boating season, and drew 23 boats.

“We already have two boats registered, and I’m actually surprised we have registrations so early,” said Smith. “We did a lot of promotion for it during the Jammin’ on the James Poker Run, and I think that helped get the word out.”

Although the poker run is held in conjunction with the Solomons Offshore Grand Prix Race Weekend—the offshore race is on Sunday, Sept. 25—its name actually has nothing to do with the race, which is sanctioned by the Offshore Powerboat Association and is part of the Amsoil Offshore Powerboat Series.

“We came up with the name a couple of years ago when we were pace-boating for the offshore race in Cambridge,” Smith explained. “One of the guys who’s normally a cruiser driver got behind the wheel and we started calling him ‘the offshore hero.’ The name just kind of stuck.”