Your go-to source for performance boating.
HomeIn the NewsOf Boats and Breweries

For the past 13 years, Johnathon Wakefield has been handling the books for TNT Custom Marine, the well-known high-performance powerboat rigging, services, storage and marina facility in Miami. As the stepson of company co-owner John Tomlinson, a big name in performance-boating circles, Wakefield, now 36 years old, definitely had an “in” when it came to getting the job. On the other hand, with a master’s degree in accounting from Nova Southeastern University, he was more than qualified for it. 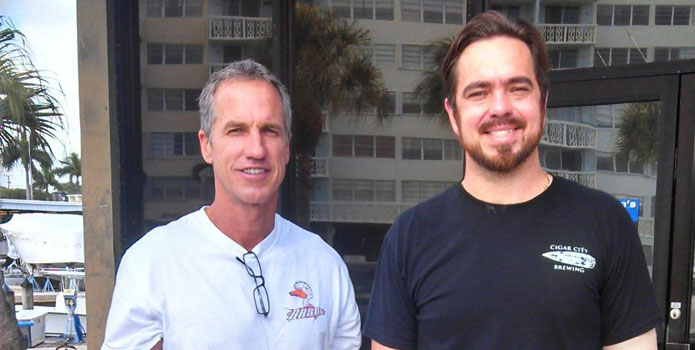 But although the go-fast boat world has provided a good living for Wakefield and he has an affinity for it, it’s become more of a sideline interest for him. His true passion lies in the culinary world, and to that end he’s become a first-rate cook—much to the delight of his family and friends—during the years.

Read More: Of Boats and Breweries