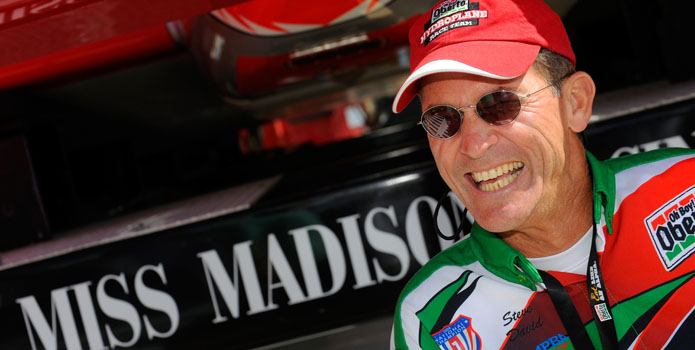 Whoever the Miss Madison Racing team chooses to take over as driver of the Oh Boy! Oberto Unlimited hydroplane for Steve David is going to have some big shoes to fill. Photo by F. Peirce Williams

Let me start by apologizing to Jimmy Shane, who won his first H1 Unlimited national championship following a first-place finish in the San Diego Bayfair final on Sunday, as well as the other drivers lined up for the final—Kip Brown, Greg Hopp, Tom Thompson and Mike Webster.

I know I wasn’t the only person on the beach at Mission Bay Park silently rooting for Steve David to snag the checkered flag in the Oh Boy! Oberto boat and bring home his fifth national championship in the final race of his 25-year Unlimited hydroplane racing career. But as a journalist, I’m supposed to remain impartial—and most of the time I do a fine job of that.