It appears that the new adjustable LED indicators from Livorsi Marine are going to be a game-changer. Installed in a few dozen boats already, Mike Livorsi, president of Livorsi Marine, recently returned from a trip to validate and calibrate the indicators on a Cigarette Racing 39 Top Fish Sport at the elite Cigarette dealer Lip-Ship Performance in Miami. 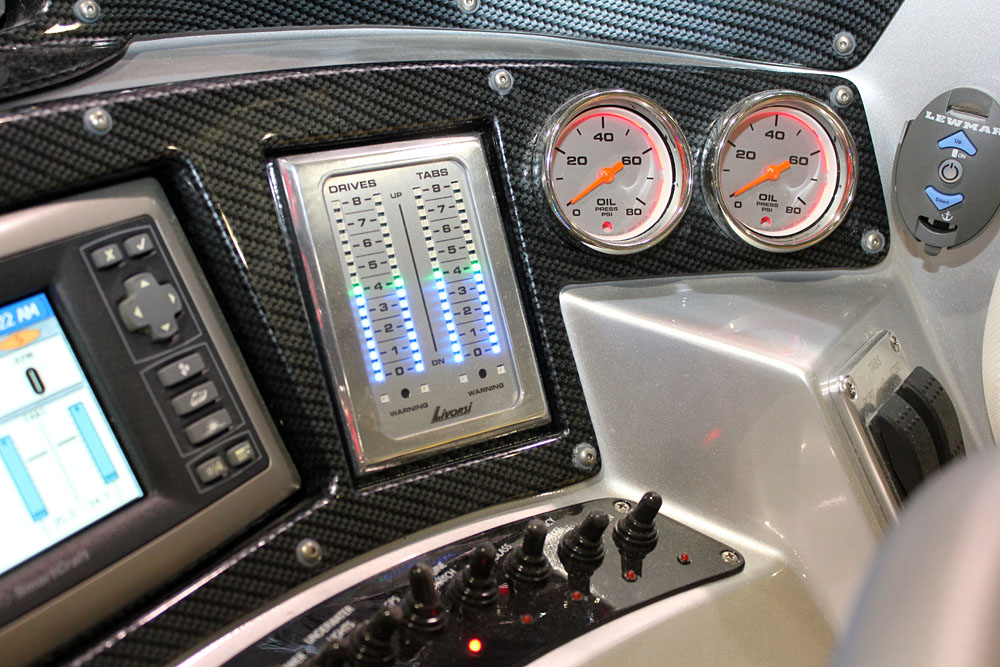 To monitor the drives and tabs, Hustler Powerboats installed the new adjustable LED indicators in one of its 39 Rockit V-bottoms.“The new indicator lights from Livorsi came out real nice,” said Phil Lipschutz, owner of Lip-Ship Performance, who hosted Mike Livorsi and engineer Jim Coates on the fully loaded 39-foot center console. It was the first time Livorsi and Coates got to experience the indicators in a real-world application rather than in a controlled setting at their facility in Grayslake, Ill.

Lipschutz’s unsolicited comments were overwhelmingly positive. Not only did he appreciate the brightness of the LED indicators, which according to the company have a built-in sensor that automatically adjusts to the ambient light levels with 250 brightness intensity levels, Lipschutz was impressed with the ability to program the optimum running point, aka sweet spot.

Designed for a wide variety of applications from rudder angle and fuel level to the more-relevant trim tab and drive indicators, the adjustable LED indicators utilize the most up-to-date technology and offer many intuitive features, including a calibration function that sets a green LED at the optimum level for drives or trim tabs (all other LEDs are blue). Configurations come in one, two, three or four slots with a maximum of two analog inputs per slot (0-5 volts or resistive sensors). 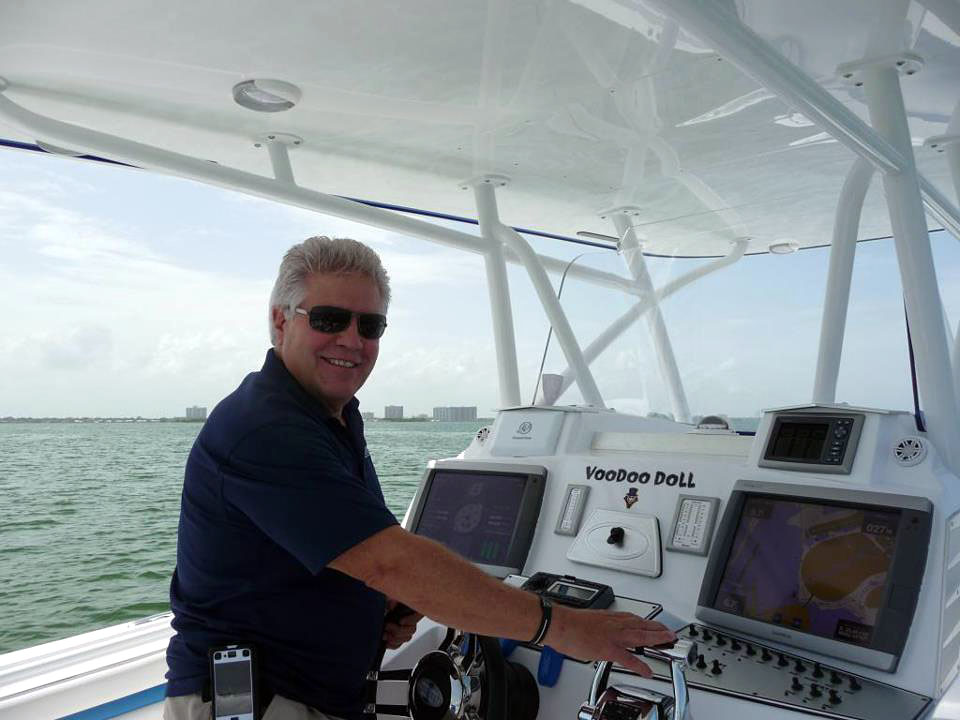 Capable of reading CAN Bus protocols such as NMEA 2000 and linking with new-school technology from Mercury, Garmin, Lowrance and more, the indicators eliminate the need for mechanical cables, which can deteriorate or become inaccurate over time.

According to Mike Livorsi, the product has been in development for about two years and there’s nothing like it on the market. He’s got a point as the indicators are about as useful and as cool as anything the company has developed in its 25-year history. Each bar has 17 LEDs for precise indication, and lighting options include a fill bar type where multiple LEDs light up from top or bottom or a pointer style with one LED displaying the position or level.

Recently installed on a 39 Rockit from Hustler Powerboats, the indicators are durable, come in a variety of dial/rim colors and can be calibrated to show optimal position via a button on the front of the unit or with the use of a laptop USB connection.

Livorsi said that with data collected from the Cigarette 39 Top Fish Sport, they are able to input that into their 39 Top Fish program so it can be pre-calibrated on future models. 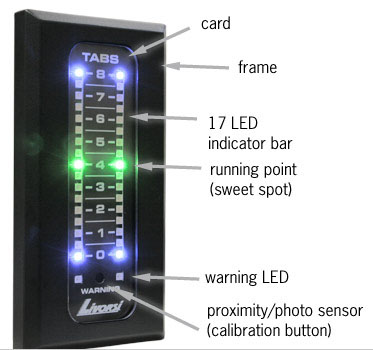 “I got to run the boat with Philly and of course the thing was effortless,” Livorsi said after driving the 39-footer with triple 300-hp Mercury Verado engines. “We were green right around 6,200 rpm for each engine, which is just about max rpm. When I trimmed it up one LED, which was about 6,300 rpm, or down one LED, which was about 6,000 rpm, you could feel that it wasn’t dead on.

“We designed the adjustable LED indicators to assist inexperienced operators,” he continued. “It’s especially important for many of the government and military projects we’ve completed. Those people don’t drive all the time and they need the indication of the most effective way to run the boat.”

The indicators, which start at $569, can be especially useful in pleasure boats where being efficient can help increase speed or save fuel. If your boat is already set up for transmitting NMEA 2000 data, it’s a simple plug ’n play installation. For older setups without senders on the drives or tabs—which is roughly anything prior to 2005—Livorsi requires a mechanical electric converter The converter, which retails for $169, bolts on the inside of the transom with a short 3-foot cable to the electronic unit.

Just when it seems like Livorsi has thought of everything, it comes up with the new adjustable LED indicators. For further information on the product, click here.