Your go-to source for performance boating.
HomeIn the NewsNew Video: In The Lead with Randy Scism of Marine Technology Inc.

New Video: In The Lead with Randy Scism of Marine Technology Inc.

New Video: In The Lead with Randy Scism of Marine Technology Inc.

Episode No. 10 of “In The Lead,” the Speedonthewater.com series presented by Mercury Racing, is now live and, in my opinion, the third episode of season two is well worth the 13-plus minutes of screen time needed to learn a little more about the founder of Marine Technology Inc., in Wentzville, Mo.—Randy Scism—and the incredible support system he’s had behind him for the last three-plus decades building, selling and racing MTI offshore catamarans and luxury performance center consoles.

Click this link or the image above to watch In The Lead with MTI’s Randy Scism.

You’d be seriously hard-pressed to find a more successful and down-to-earth frontman in the performance boat industry than Scism, and I think you’ll agree after checking out the new episode of In The Lead featuring the Missouri native and his family and friends. Through interviews with Scism, his wife, Cherell, daughter, Taylor, and friends, clients and teammates, such as Bob Bull, Brett Manire, Jake Nossaman and John Tomlinson, the latest video produced by the Scrapyard Media team of Brad DiMaggio and Ryan Wenk does an excellent job squeezing Scism’s greatest accomplishments, one of which is the role Taylor plays in the family business, into a quick-hitting video that you can watch on the Speedonthewater.com YouTube channel.

Matt Trulio and I have covered Scism’s career for close to 25 years so we understood that many of his triumphs could not be squeezed into a 10-plus-minute window. The same could be said for all our In The Lead subjects, but Scism may have been the most challenging in that regard thanks to his offshore racing successes that led to the business that has morphed from over-the-top, huge-horsepower, four- or five-seat offshore catamarans to twin-engine, outboard-powered sport catamarans with room for eight people and extremely well-appointed, seaworthy 42-, 50- and 57-foot center consoles powered by four or five outboards and space for a dozen or more people.

If you haven’t already stopped reading this and started watching the video, be sure to set aside some time today to enjoy “In The Lead with Randy Scism” to discover how the mastermind behind MTI remains in the lead. Special thanks to Mercury Racing and the other series supporting sponsors—MYCO Trailers, Bluave Marine Audio, CP Performance, Hardin Marine, Hamilton Marine Finance and Race World Offshore—for allowing us to tell the stories (in video form) of the most accomplished and innovative racers, builders, influencers and entrepreneurs in the powerboat industry.

Donzi Secures A Home Of Its Own 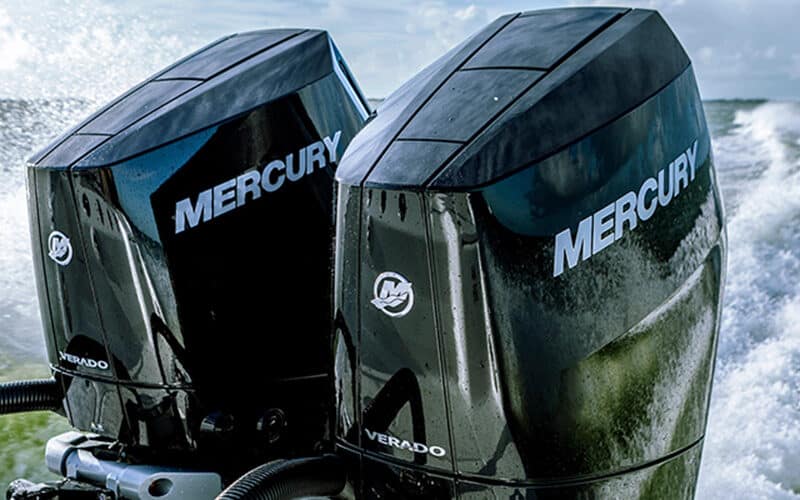