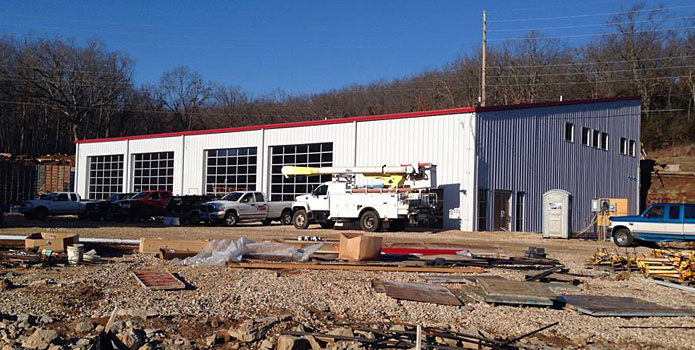 In a phone call three days into the New Year, it was quite clear that Performance Boat Center owner Brett Manire was looking forward to 2014. Not only is the company going to be moving into its new facility located at mile marker 21 on Missouri’s Lake of the Ozarks, Manire said Performance Boat Center will soon be taking delivery of its second Outerlimits Powerboats 36 SL, which will be painted in house, as well as a couple of models from Statement Marine.

Part of the Redhead Yacht Club marina that will include more than 100 slip rentals, a full-service fuel dock, a large launch ramp and eventually a pool bar and grill (read the story), the new Performance Boat Center facility features a showroom, offices, a service center, indoor storage and a paint shop.

“We’re hoping to be moved in by March,” said Manire, who has a busy couple of months ahead between the St. Louis, Kansas City and Miami boat shows and getting the new location up and running. “It’s not going to be easy to pick up and move a place we’ve been in for a few years, but it’s going to be nice once we’re all settled.”

Manire added that the service building is erected and all of the drywall and wiring is currently being installed for the offices and marina amenities portion of the building. He also said that the indoor storage facility floors have been prepared and the building will be constructed soon. To complement the recently installed pair of fuel tanks totaling 30,000 gallons, Manire is expecting the property’s gas dock to be installed before the end of the month.