Your go-to source for performance boating.
HomeIn the NewsMy Way Crew Confirmed to be OK After Crash

According to reports from the 1000 Islands Poker Run, My Way, a 50-foot Mystic Powerboats catamaran, was involved in a high-speed accident on the St. Lawrence River in Kingston, Ontario, Canada. 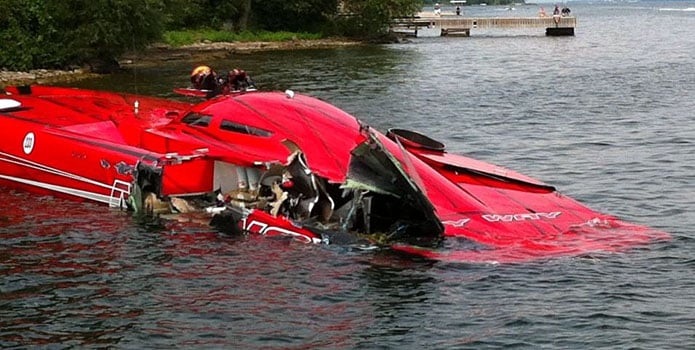 Bill Tomlinson, owner of the 50-foot catamaran My Way, was confirmed to be unharmed after an accident at the 1000 Islands Poker Run.A call to owner Bill Tomlinson went unanswered, but another call to Mystic owner John Cosker confirmed the accident. Fortunately, according to Cosker, Tomlinson and his crew avoided any serious injuries when the boat hit a sizable wake and crashed onto the back half of its port side. As shown in the included photos, the boat suffered some cosmetic damage but the canopy remained intact.

Contrary to reports, the turbine-powered 50-footer, which won the 2011 Lake of the Ozarks Shootout with a 208-mph top speed, didn’t blow one of its turbine engines. As more information emerges, speedonthewater.com will report on the details. 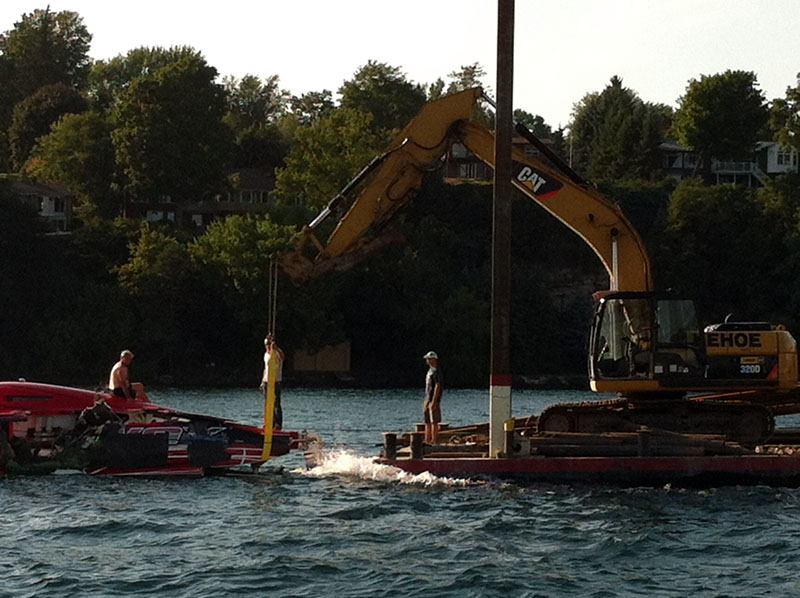 My Way Returning to Shootout, Goal 215-Plus