Being around this industry as long as Matt Trulio and I have, you can’t help but get caught up in speculation swirling around about what new engines are coming or what’s next from a certain boat manufacturer. Between social media, forum groups and daily conversations, there’s a lot of information—good and bad—being disseminated. We both prefer, even if it means just teasing what’s to come, when companies at least provide some information of what’s around the corner. Cigarette Racing Team, for example, is great about that when it comes time for the Miami International Boat Show every year.

MTI’s Tom Stuart announced the release of a new MTI model in a YouTube video that went live earlier today.

Well this year, with the spotlight on South Florida thanks to the Fort Lauderdale International Boat Show (Oct. 30- Nov. 3) and the Key West Poker Run hosted by the Florida Powerboat Club (Nov. 6-11), MTI is teasing the release of a new model coming November 5. And from the looks of it—a tagline at the end of a YouTube video (right) the company posted today says “We Have More Than Just A Drawing”—MTI is going to have a new model to show off in roughly one month.

As for now, we aren’t going to speculate. But one thing we do know is that you’ll get the most information, images and more on speedonthewater.com as it becomes available.

Riding With The Lake Boys 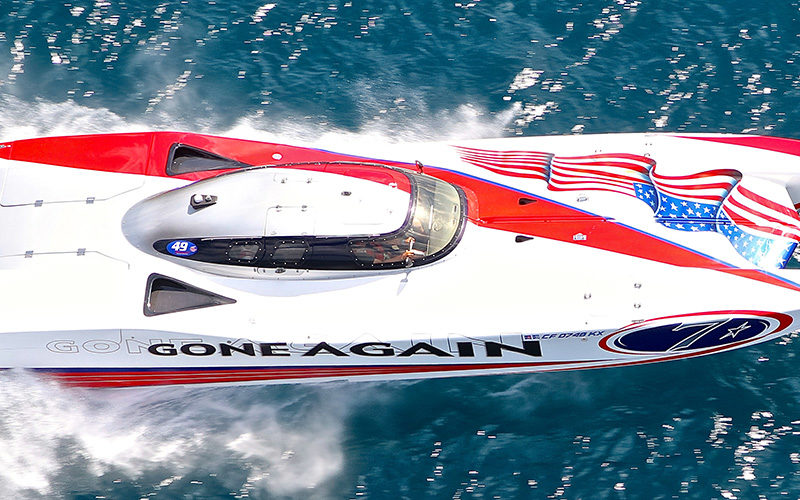 Patriotic Beauties: Four For The Fourth